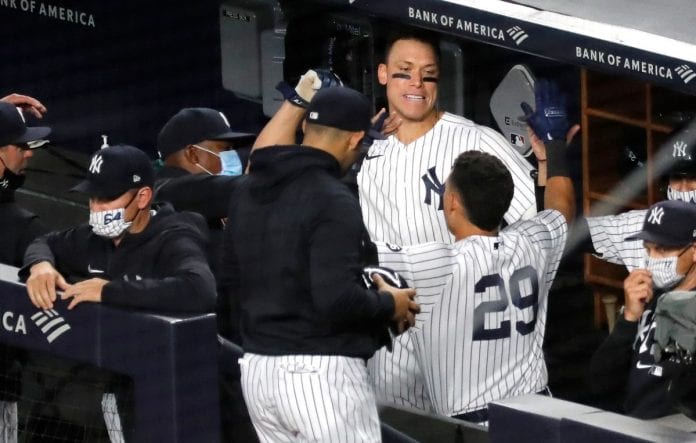 The New York Yankees needed a wild pitch with the bases loaded for things to turn around, even after the changes in line-up and speeches. In the match against the Braves, the lineup still appeared to be extremely weak.

The brand new line-up of the New York Yankees, however, did just enough and managed to win 3-1 on Tuesday, at the Bronx. True to their recent form, it took two huge miscues from Atlanta for the Yankees to get the two game-changing runs. The victory also marks the end of a losing streak of five games for the New York Yankees.

Aaron Boone, the Yankees’ coach, said that the week has been long and tough for the team. However, to finally win a difficult game is a good source of satisfaction for everyone involved. However, he noted that he is going to have a blowout as well.

On Tuesday, the case was otherwise. Aaron Hicks has been struggling recently and has been kept from starting the game. However, he ignited the rally that won them the match in the eighth inning after a leadoff pinch-hit walk facing Tyler Matzek, the left-hander.

DJ LeMahieu, followed by Aaron Judge, hit singles after that and the bases were loaded for the New York Yankees. Atlanta then put forward Nate Jones against Clint Frazier, who was Brett Gardner’s pinch-hitter following the player sitting against a different right-handed starter.

Jones, however, pitched wild. The infield was in and this let Hicks score and the score stood 2-1 in the favor of the Yankees. Frazier then popped out. After Giancarlo Stanton was intentionally walked, Gleyber Torres hit a shallow to center field. That got the team to where they needed to be after Mike Ford walked and forced a run.

Rage Against The Machine Unites For Call To Abort Supreme Court In First Concert...

The Artifex Project is taking digital art into the NFT space

Antonio Brown Crisis: Did The Buccaneers Play Themselves?