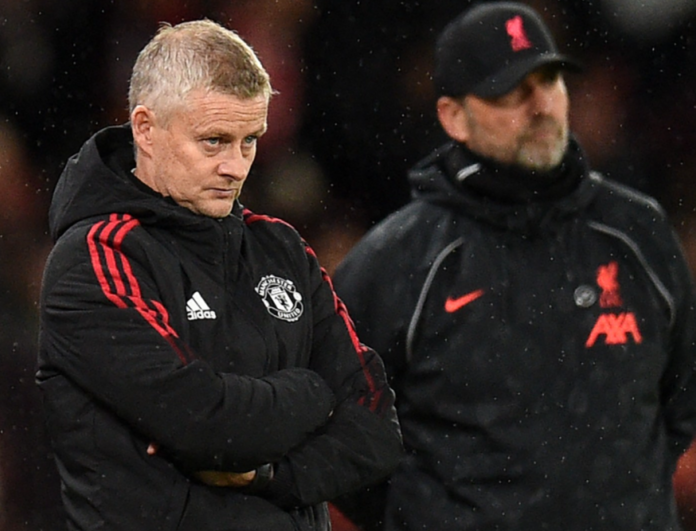 Ole Gunnar Solskjaer and his team were humiliated at the hands of the greatest rivals, Liverpool. Manchester United was dismantled by 5-0 while the Liverpool faithful chanted “Ole Must Stay”. Ole Gunnar Solskjaer gave them what they wanted by insisting that he is still the man for the job at Old Trafford.

None of the United fans sang Ole Gunnar Solskjaer’s name during their biggest home defeat against Liverpool. Ole might believe that he can still be successful but he is sounding like a man who is fighting against a storm.

Ole Gunnar Solskjaer Is Fighting Against A Storm

When Jose Mourinho’s United lost 3-1 at Anfield in December 2018, the manager was sacked within 48 hours. That was a bad day at Anfield, but this was much worse for Manchester United. If Ole Gunnar Solskjaer survives to take charge, it will be because United cannot find a suitable replacement rather than because of his ability to do the job.

The United owners, The Glazer family, have taken time to switch managers since Sir Alex Ferguson retired in 2013. Moyes, Van Gaal, and Mourinho were dismissed after months when it was obvious that the team was stuck in a downward spiral. History will be repeating itself if they persist with Solskjaer.

Klopp rejected the chance to work with United in 2014 after the sacking of David Moyes. He is a world-class coach and has built a world-class team at Liverpool. Liverpool destroyed United, with Mohamed Salah scoring a hat trick to maintaining his incredible form.

Ole Gunnar Solskjaer stated after the game that his side has hit a brick wall in the last weeks and was drifting from one poor result to another. He has now become the subject of ridicule from oppositions who chanted “Ole, give us a wave” while the Liverpool players kept playing the ball amongst themselves.

By half-time, it was 4-0, and United’s defending failed to improve, with Luke Shaw and Harry Maguire colliding with each other in a comical attempt to stop Liverpool before Diogo Jota scored the second.