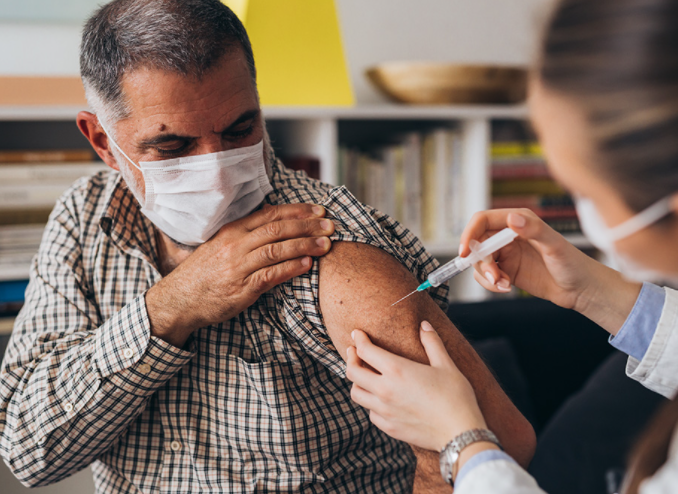 The Biden administration has asked the 6th Circuit Court of Appeals to reinstate the OSHA vaccine mandate. This vaccine-or-test requirement made mandatory for large employers was blocked earlier this month.

The 5the Circuit Court of Appeals had temporarily blocked the OSHA vaccine mandate.

The Occupational Safety and Health Administration (OSHA) Vaccine Mandate applies to all employers with over 100 employees, requiring them to agree to be tested weekly or get immunized against COVID-19.

The vaccine mandate is central to Biden’s efforts to control the rapid spread of the COVID-19 virus. There are growing concerns that there is the chance of another surge of the pandemic in the winter months.

The justice department and the OSHA agency have filed the court that the OSHA vaccine mandate was vital to control the spread of the virus.

The administration has estimated that the OSHA vaccine mandate would prevent 6,500 deaths and the hospitalization of over 250,000 workers for 6 months. There have been 750,000 pandemic-related deaths in the US and there has been a spike in cases in recent months.

The vaccine mandate is slated to become effective from January 4 the next year if it is allowed to be implemented. It will cover around 84M workers in private companies with 100 or more employees.

In its ruling, the 5the Circuit Court of Appeals stayed the OSHA vaccine mandate, calling it a sledgehammer that fails to differentiate between the requirements of various workplaces.

The US courts are deeply divided along partisan lines and are dominated by Republican appointees. Two other mandates, for federal contractors and healthcare workers, have not been blocked by US courts.

Jim Acosta: Fox News viewers may have a case of whiplash

Are You looking For Hot Stock? Advanced Micro Devices, (AMD)

Advanced Micro Devices, (AMD) exchanged 49370894 shares on hands in most recent trading session and observed an average volume with 54445.84K...

VOLATILITY ANALYSIS: Volatility remained at 2.57% over last week and shows 3.70% volatility in last month. Market risk that established with...

NIO (NIO) acknowledged active focus on shares in the last trading session.The stock disclosed a change of -2.28% and its listed...