Home Sports Paul Pogba Happy To Be At Juventus 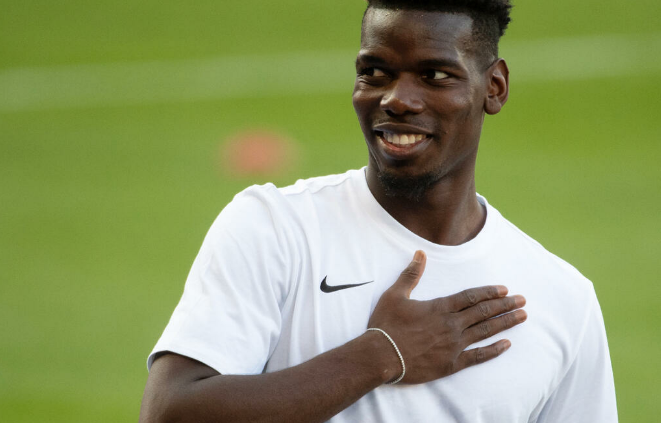 Paul Pogba was an unhappy figure at Old Trafford, for the last couple of seasons, but could barely contain the smiles as he explained his return to Juventus.

“At Juve, I’m at home,” he said at his ‘welcome back’ press conference, six years after his departure for Manchester United.

Paul Pogba completed his move on Monday, joining on a free transfer and signing a four-year deal that will earn him a reported eight million euros ($8.12 million) a season plus a potential two million euros in bonuses.

“I’m very happy to come back home because I really feel at home here. You saw how people received me, it was more than a dream for me,” he said.

Pogba wound down his contract with United which he joined in 2016 for a then-record fee of 105 million euros to rejoin Juve where he achieved considerable success during his previous spell with the club.

From 2012 to 2016 he helped Juve win four Serie A titles and two Italian Cups, and reach the Champions League final in 2015.

With United he won the English League Cup and Europa League in his first season but nothing since, leading him to cut a distant figure as coaches came and went.

In spite of that, Paul Pogba said he has no regrets about his time in Manchester.

“No, never. I believe in destiny. All the choices I made, I’m happy, life is like that,” he said.

“Sometimes you make choices that don’t give you satisfaction, but I’m happy for those years.

“In Manchester, I grew up. I learned. I became a man.”

Like United, however, Juve has also been struggling to dominate as they did when he last wore the black and white stripes.

After a record nine consecutive Scudetti (2012 to 2020), the ‘Old Lady’ has been outside the top three in Serie A for the past two seasons and has not reached the quarter-finals of the Champions League since 2019.

Tenet, Other Movies to Hit European, Asian Theaters This Month

Trevor Bauer Being Picked Out; Dave Roberts Of Dodgers Outraged At The Sticky Situation

The Number Of States Sending Stimulus Checks Stands At 14