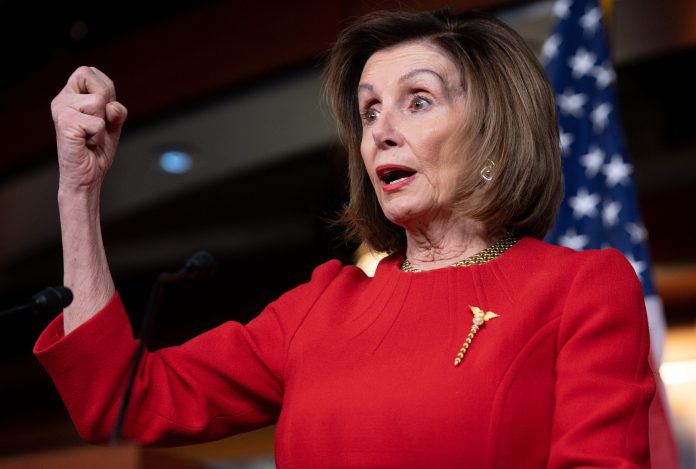 Pelosi said that the Irish singer has always been a part of every Irishman’s life. She then launched into the poem that contained the line about ‘Ireland’s sorrow and pain’… which was now Ukraine. She also compares St. Patrick to Zelensky.

Nancy Pelosi marked St. Patrick’s Day by reading the Bono poem that encompassed the crisis in Ukraine and Irish mythology.

The frontman of the Irish rock group U2 drew a comparison of the legend on St. Patrick’s Day when the said drove out all the snakes from Ireland with prayers. He compared the snake to the evil that grows and stays in our hearts. He said that evil has again risen.

The St. Patrick’s Day event was attended by President Biden and others at Capitol Hill.

The occasion was the annual Friends of Ireland lunch in Washington DC to mark St. Patrick’s Day on Thursday when she spoke of receiving the verse from Bono.

Nancy Pelosi then introduced the American President at the luncheon. The president spoke of his own Irish roots. He spoke of how Irish Americans consider themselves more Irish than even the inhabitants of Ireland. And that was how he was raised.

President Biden said that it was instilled in him and he was proud of his heritage.

President Biden was also scheduled to personally meet the Irish Taoiseach, Michael Martin, but he tested COVID-19 positive on Wednesday. He instead had a telling meeting with Martin and said that he looked and felt well.

Nancy Pelosi was the butt of some ridicule as well with Dan Stewart of the Financial Times quipping that the poor country has suffered enough.

One Twitter user noted that Nancy Pelosi was confused. The Ukraine poem she read on St. Patrick’s Day was written by Taras Shevchenko, the Ukrainian poet, and posted by Bono.

Green Bay Packers Lose To The Chiefs In The Preseason Finale