Representative Peter A. DeFazio has called for transformational investment in the American infrastructure. The chair of the House Transportation and Infrastructure Commission said that the system was very much needed for a very valid reason, climate change.

Peter A. DeFazio said that the infra bill was suitable for a bigger threat than the cold war era Soviet Union, the threat of climate change. The Democrat from Oregon has been on transportation issues for over 30 years and believes that the bill was in line with the solution that he foresees.

Peter A. DeFazio And President Biden Strongly Behind Infra Bill

The $2 trillion infrastructure bill is President Biden’s top priority in his first year in office. Peter A. Fazio has pointed out that in the pacific northwest, the ongoing heatwave has damaged infrastructure, citing that as a reason that the infra bill should be approved. The democrats have so relied heavily on the need to overhaul the system and have laid stress on the jobs that it would create.

Peter A. DeFazio said that cables and pavements had melted in the extreme heat in the past week. He said that rebuilding was necessary as the climate changes were damaging infra in even more areas. He also mentions the millions of jobs that the infra bill would help create.

Peter A. DeFazio was speaking ahead of expected voting on the $547 Transportation Bill. He has on more than one occasion compared the present infrastructure bill to the building of the interstate system under President Eisenhower during the cold war.

Peter A. DeFazio’s committee starts a markup of a 5-year surface transportation authorization bill worth $547 billion that is expected to be a crucial part of President Biden’s infra bill.

The Democrats have always held Climate policy close to their hearts, including electric vehicles, green technologies, and lower emissions. A major source of greenhouse gases remains the transportation sector and Peter A. DeFazio is sure to address that. Republicans have already signaled their opposition to the bill.

Jennifer Gates is the daughter of Bill Gates. She has announced her marriage recently. Jennifer is the eldest child of Melinda & Bill Gates.... 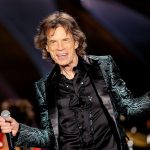 Mick Jagger is a legendary musician. Jagger is one of the founding members of the iconic band, Rolling Stones. His songs are adored and... 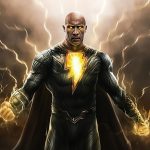 Black Adam is one of the most hyped movies of DC. Ever since the announcement of the film, fans went crazy. They were overjoyed...