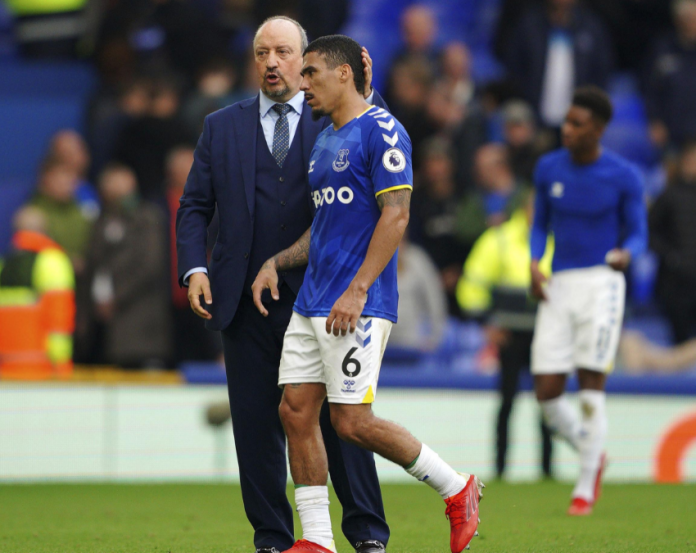 Rafa Benitez talks about the kind of attributes he believes Everton supporters like to see from their team’s players.

Rafa Benitez claims that he knows what the fans want from their team despite the mistakes made by the players against Watford.

Everton will play the next game against Wolverhampton Wanderers at Molineux, which will be their first fixture after that embarrassing loss against Ranieri’s men. They went from leading 2-1 to losing 5-2 in just 12 minutes.

Rafa Benitez Talks About The Fans In The City

Rafa Benitez stated that he knew what the fans wanted as they had been waiting for a long time to achieve success and their frustrations were just. He added that football was extremely emotional and the fans go to the stadiums to see their team win against other teams.

What Rafa learnt from the beginning was that they like the players who care for the team and work hard for the team. These players also need to show loads of commitment for Everton. This current batch of players was doing just that and have been doing that for a long time, but still had made some mistakes the last game week.

People sometimes talk about tactical mistakes, individual mistakes, and even technical mistakes. This is something that they have to work on and try to improve. Whatever may the reason be, commitment does not lack in this batch of players.

He added that the fans need to understand that the team, too, needs help. The connection between fans and players had been great, home and away, so he was really pleased with that and was sure of the fact that the fans would appreciate how important they are for the team and they will be behind the team.

Hank Johnson, The Dem Representative Got Into “Good” Trouble