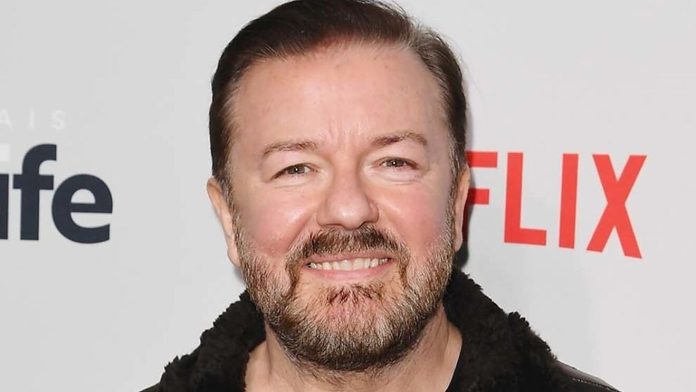 Anyone in the entertainment industry will tell you Ricky Gervais is one person everyone should be wary of. From being a part of the Golden Globes for well over a decade, this British comic’s brand of humor can be quite risque to people who are not used to it. Therefore, it goes without saying that he has managed to annoy most of the big names in Hollywood.

That is not to say that people don’t enjoy jokes made on their behalf. Leo Di Caprio had been quite enamored with Gervais’ jokes when he spoke about the legendary actor’s relationships with women half his age. He has also particularly targeted Mel Gibson, which stems from over a decade.

One actor who has never been particularly pleased with Ricky Gervais’ off-brand humor has been Tom Hanks. Interestingly, the Oscar-winning actor had turned into a reaction meme a couple of years ago- when the paparazzi caught him not looking too pleased with the stream of controversial gigs that Gervais was announcing as the host of the Golden Globes. When asked later, Gervais stated that the reputed actor was sitting on his high horse and failed to appreciate his humor regarding the woke culture.

One of the main reasons behind Ricky Gervais and Tom Hanks having a passive-aggressive acquaintance with each other could be the way Gervais introduced Tom Hanks and Tim Allen back in 2011. While heaping praise on Hanks, Gervais completely ignored Tim Allen. To this, Hanks told the audience that Gervais at one point was a kind comedian- something he wasn’t anymore.

Later, Ricky Gervais confessed that standing next to Tom Hanks was the reason behind the joke. Unless it was some venerable actor like Robert de Niro or Robert Redford, anyone standing next to him would definitely suffer through the anonymity. He also stated that it could have been him, and he would understand the joke made at his expense.

COST Has Their Earnings Estimates Increased By Jefferies

The Curious Case Of Mark Meadows

Gilead Sciences, (GILD) disclosed a change of 0.00% and its listed share value at $59.75 in the recent trade transaction. This...

You Need to Know this stock? Getty Images Holdings, (GETY)

Getty Images Holdings, (GETY) acknowledged active focus on shares in the last trading session.The stock disclosed a change of -3.44% and...

Redbox Entertainment (RDBX) exchanged 753184 shares on hands in most recent trading session and observed an average volume with 21612.64K shares....