Home Politics Rishi Sunak Will Make A Last Attempt At Faltering No. 10 Bid 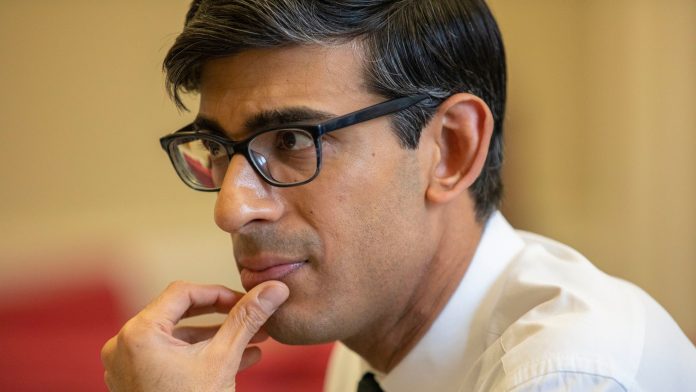 Rishi Sunak has been looking to revive his flagging attempts for the premiership on Saturday while wading through a series of culture war issues.

He has also vowed to stop the leftwing agitators from bulldozing most British values. Although Liz Truss has been considered to be the firm favorite ahead of a few critical days in the contest for the leadership, Sunak looks to change the tide on his behalf by giving a speech that would attack ‘woke nonsense’.

It is quite astounding to note that the former chancellor had come in first in a vote of Tory MPs, and yet it has been Truss that has consistently been leading the party members’ polls along with winning the endorsement of former favorite Ben Wallace on Thursday. This definitely underlines the sense that her campaign has been picking up speed rapidly.

Rishi Sunak To Make A Last Ditch Attempt At Premiership

In his attempt to close the gap with his rival, Rishi Sunak has decided to take up a whole host of increasingly hardline positions. While addressing the members at West Sussex on Saturday, he stated that there was absolutely no point in stopping the bulldozers in the green belt if the leftwing agitators were allowed to take a bulldozer to their history, traditions, and their fundamental values.

He further stated that while the methods could be varied- from pulling down statues of historic figures to replacing the school curriculum with anti-British propaganda or rewriting the English language so that one couldn’t use the words like man, woman, or mother any further- someone was always getting offended. Sunak also stated that a government under him would be reviewing the 2010 Equality Act and associate guidance to make it absolutely clear that sex means biological sex.

Now, although Rishi Sunak has been insisting that they have no interest in fighting a so-called culture war, his announcement does seem to represent a new bid to entice the Tory grassroots by talking tough on several controversial issues.

Several stimulus check payments and relief payments are being issued by several states throughout the country. This has been a direct result of inflation... Devin Booker, the NBA player, recently confirmed that he had joined Kendall Jenner in Hawaii for two weeks which sparked rumors that they had...