Home Entertainment Robert Durst Was In “The Jinx”, This Led To His Murder Conviction 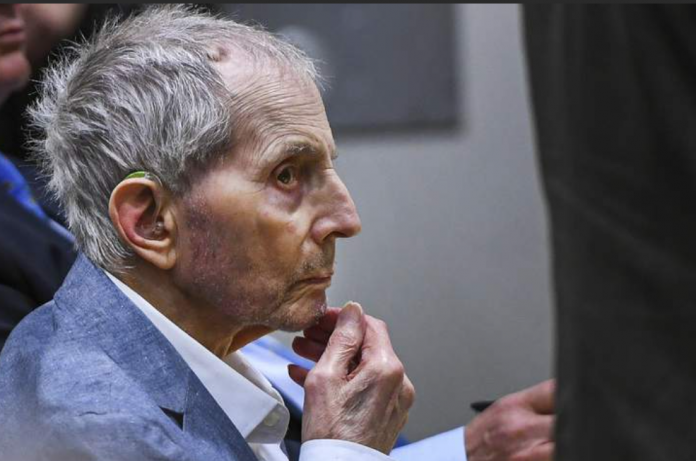 A Los Angeles jury found Robert Durst guilty on Friday for murdering his best friend 20 years ago. In a case that was brought back to life after the New York real estate heir joined a documentary that associated him to the slaying linked to his wife’s 1982 disappearance.

Durst, now 78, was convicted of murdering Susan Berman. She was shot at point-blank range in the back of the head in her Los Angeles home in December 2000 because she was ready to tell police how she helped cover up his wife’s murder.

Berman was the daughter of a Las Vegas mobster and Durst’s long-time confidante. She told her friends she provided a fake alibi for him after his wife went missing.

Prosecutors portrayed Robert Durst as a rich narcissist who did not think the laws applied to him and cold-bloodedly removed people who stood in his way. They intertwined evidence of Berman’s killing with Kathie Durst’s suspected death and the 2001 murder of a tenant in a Texas flophouse where Robert Durst was hiding while on the run from New York authorities.

Robert Durst was detained in 2015 when he was hiding in a New Orleans hotel on the eve of the airing of the final episode of “The Jinx: The Life and Deaths of Robert Durst,” in which he was confronted with irrefutable evidence and made what prosecutors said was a confession.

The conviction marked a victory for authorities who had sought to put Durst behind bars for murder in three states. Durst was never accused of the disappearance of his wife, who has not been found yet, and was acquitted of murder in Galveston, Texas, where he admitted dismembering the victim’s body and throwing it into the sea.

Durst escaped close examination from investigators when his wife disappeared. His troubles resurfaced in late 2000 when New York authorities reopened the case.

Robert  Durst killed his Galveston neighbor Morris Black, nine months after Berman’s death. Durst pleaded that it was an act of self-defense. He said he found Black, who he had become friends with, in his apartment holding Durst’s 0.22-caliber pistol.

Durst was acquitted after testifying the 71-year-old was killed in a struggle for the gun. Durst then chopped up Black’s body and tossed it out to sea. He was found guilty of destroying evidence for discarding the body parts.

For the first time, Durst admitted in front of the judge that he did send the note and had been in Los Angeles at the time of Berman’s death.

Trevor Bauer Accused Of Assault: Dates Back To Earlier This Year