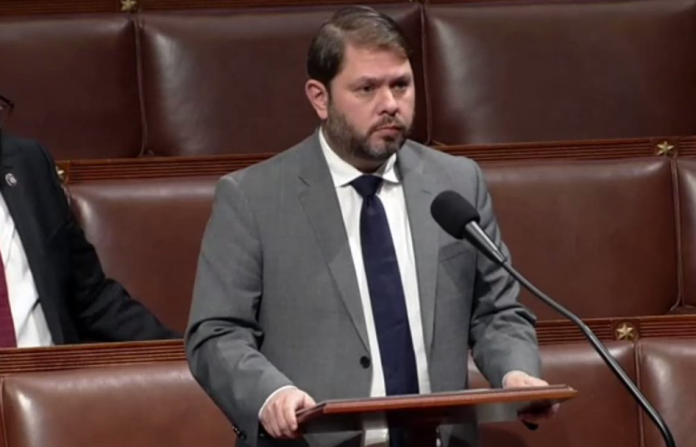 Rep. Ruben Gallego lambasted Rep. Jim Jordan in a Wednesday-evening interview after the Republican congressman confirmed that he sent a text to the former White House chief of staff Mark Meadows on January 5 that said Vice President Mike Pence “should call out all electoral votes that he believes are unconstitutional as no electoral votes at all.”

In an appearance on MSNBC, Ruben Gallego, a Democrat from Arizona, called Jordan a traitor.

The text that the Ohio lawmaker sent to Meadows on January 5 was a forwarded message from Joseph Schmitz, a conservative lawyer and former inspector general at the Defense Department, Jordan’s office confirmed to Politico earlier on Wednesday.

The House Select Committee investigating the Capitol riot disclosed the text on Monday evening as part of its probe, but it did not disclose who the sender was. Jordan’s office confirmed on Wednesday that he sent the message to Meadows. It added that its full text was omitted from the committee’s presentation.

The text message released by the Jan 6 committee said, “On Jan 6, 2021, Vice President Mike Pence, as President of the Senate, should call out all electoral votes that he believes are unconstitutional as no electoral votes at all.”

Jordan appeared on Fox News on Wednesday night and criticized the Jan 6 committee. He said it altered documents in a “quest to go after Mark Meadows and President Trump.”

The committee acknowledged that it shortened the text before making it public, NBC News reported. “The Select Committee is responsible for and regrets the error,” a committee spokesperson told the outlet.

Anthony Davis Leaves With Illness, Westbrook Struggles In The Game For Lakers

Is this stock is Attractive? FedEx Corporation (FDX)

All About Sports Currencies