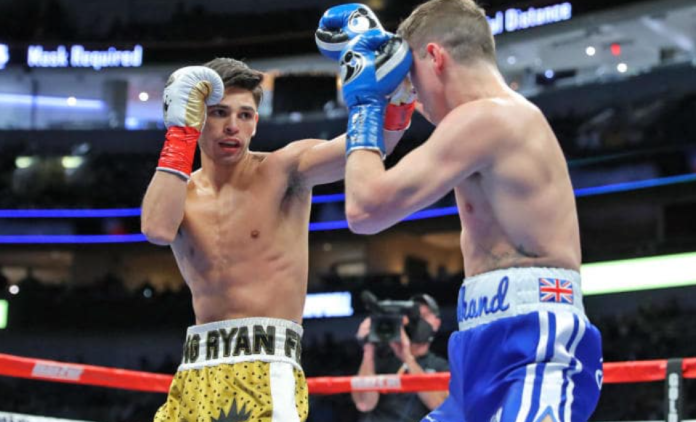 Top lightweight contenders, Ryan Garcia and Joseph Diaz Jr. have agreed to a bout on November 27 in Los Angeles, California that will be on DAZN.

ESPN was the first to report the news of the matchup, confirming with both fighters that they’ve agreed to a deal to fight. The bout with Diaz will be Garcia’s return to active competition after stepping away from the sport back in April to address his mental health.

Ryan Garcia gave the following statement to ESPN about returning to the ring and his thoughts on facing Diaz Jr.

“Since he came out and beat Fortuna I took the opportunity to beat JoJo,”

Ryan Garcia is currently undefeated as a professional, sitting with a record of 21-0, and is coming off of a seventh-round TKO victory over 2012 Olympic gold medalist, Luke Campbell, back in January where he won the interim WBC lightweight title.

However, due to his mental health concerns and absence from the sport, Ryan Garcia was stripped of the belt, and Diaz Jr. was able to capture it by defeating Javier Fortuna via a unanimous decision in July. The 28-year old South El Monte, California native is 32-1-1 as a pro and told ESPN the following about his plans to end all of the hype surrounding Garcia.

Voting by mail, already on the rise, may get a $500 million federal boost...

Will Smith Had Dreamed Of Having A Girlfriend Harem

2020 NCAA tournament bracketology: How Big East can put its stamp on March Madness