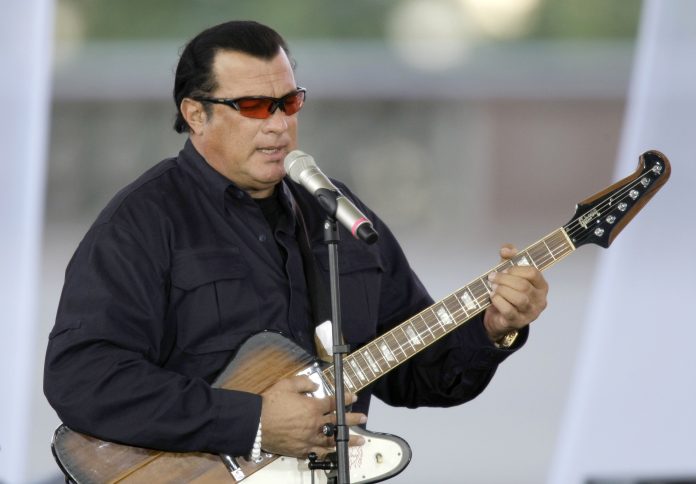 Steven Seagal is one of the biggest names in the entertainment industry. He has been a star and has a number of hit songs to his name. However, recently Seagal has been involved in politics and is actively voicing his opinions on sensitive matters. The actor was granted citizenship in Russia in the year 2016. He has recently posted a video about the attacks of Ukraine on Russia.

Ukraine and Russia have been fighting a huge war in recent times. The two countries have continued to wreak havoc on each other’s land. The recent attacks on Russia by Ukraine have left the country shattered. Seagal recently paid a visit to the famous Olenivka Prison. The prison was hit by a rocket that completely destroyed the area. Fifty-three prisoners were killed and almost seventy-five others were injured.

Seagal pointed at the scene and said that this was the location where HIMARS hit. He went on to inspect the scene thoroughly and stated that it was not a bomb. Seagal said that the marks looked like a rocket that has been given to Ukraine by the United States Of America.

He called the inmates of the prison “Nazis” and accused Volodymyr Zelensky for attacking the prisoners. Steven Seagal also stated that the President of Ukraine tactfully conducted the mission to silence one of the inmates who turned against Zelensky. Let us learn more about the story in detail below.

Steven Seagal has made it very clear that he was not happy with the actions of the Ukrainian President, Volodymyr Zelensky. He stated that Zelensky violated the terms of the Geneva War Convention. Steven also said that such attacks must be considered as grave crimes against humanity.

Steven Seagal also expressed his dissatisfaction against the United States Of America. He feels that the arms were supplied by America to Ukraine.

Is It Worth Getting A Fire Pit?