Could another round of stimulus checks help soaring inflation in the United States, or would it further increase the cost of basic items, making it harder for people to survive?

Experts are on both sides of the argument.

Some experts, like Elaine Maag, a senior research fellow at the Tax Policy Center, believe that another round of direct stimulus check payments to families would help Americans struggling with inflation costs – the U.S. Department of Health and Human Services (HHS) said stimulus payments from the last two years kept 11 million Americans from falling into poverty.

“Delivering some sort of cash benefit now would sort of protecting them from the inflation that’s happening around them,” Maag told Changing America.

Other experts have argued that by the end of 2021, stimulus checks and the trillions of dollars used to keep the economy afloat during the coronavirus (COVID-19) pandemic added about 3% to the U.S. inflation rate, according to Yahoo.

Andrew Yang, the former presidential candidate, said he thinks that stimulus payments were a “very, very minor factor” towards the country’s inflation rates.

“Money in people’s hands for a couple of months last year – in my mind – was a very, very minor factor, in that most of that money has long since been spent and yet you see inflation continue to rise,” Yang said in an interview with CNBC.

Since Congress isn’t planning to act, some states have taken things into their own hands by providing relief for residents.

Best Sports Documentaries That You Must Watch This Year

Revoked By Joe Biden, The Status Of ‘Most Favored Nation’ Of Russia

Trevor Bauer: Winning In Court But Losing Against Time 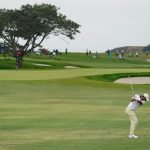 After 36 holes at The Country Club in Brookline, Collin Morikawa and Joel Dahmen are tied for the 36-hole lead at five-under-par in the...

On Friday, Phil Mickelson, Louis Oosthuizen, and Shane Lowry accidentally created a humorous moment as they strayed towards their putts at the Country Club's... 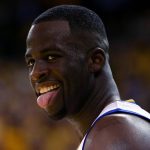 In the NBA Finals, the Boston Celtics were pursuing history, as a win would have given them sole ownership of the most championships in...

As the final seconds wound down in Game 6 of the NBA Finals between the Golden State Warriors and Celtics, Stephen Curry crouched down...