The stimulus check payments that the US Government issued to the citizens in 2020 and 2021 did serve to be some form of a double-edged sword. On one hand, the payments did help in the prevention of the American economy from falling into a deep recession- while helping the stock market rise to fresh all-time highs shortly after a sharp selloff initially. On the other hand, the payments were definitely a contributing factor to some of the economic ills that were jeopardizing the recovery of the economy.

The early days of the pandemic had seen the economic risks hugely tilted towards depression. For months on end, the workers were forced to stay inside their homes and many businesses did end up shutting down- with some never reopening. In such an environment, stimulus check payments were desperately needed for both businesses and individuals alike. As mentioned by the San Francisco Fed, the economy would have definitely tipped itself into outright deflation as well as slower economic growth- of which the consequences would be harder to manage without an external stimulus.

The data from the US Census Bureau also supported this statement, as around 11.7 million people were moved out of poverty in 2020 due to the stimulus check payment. Although several experts initially agreed that the payments were a necessity, their continuation simply served people to pad their bank accounts with the excess amount.

A study that was conducted by the Federal Reserve Bank of San Francisco went on to estimate that the stimulus check payment definitely added around 3% points to the inflation rate by the end of 2021- as too much money was just a little too few goods- which was a classic scenario for inflation.

Haberman: Trump is preparing for an indictment

Tommy Bryant Refuses To Resign From The Alabama Council 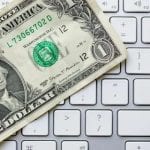 Stimulus Check has been the talking point of Americans for the last two months. The money received from the government has benefited the people... 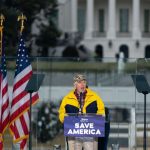 Mo Brooks Will Find It Difficult To Win Alabama Runoff

Mo Brooks is one of the biggest names in the American political circuit. He has been a regular supporter of Donald Trump previously and...

Jan 6 Witness List has finally been revealed by the investigating committee. The United States of America had the biggest security breach recently. On... 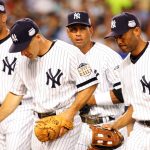 New York Yankees are one of the biggest names in the American baseball circuit. The team has one of the richest histories in the...