Home Sports Taylor Heinicke: The Only Ray Of Hope 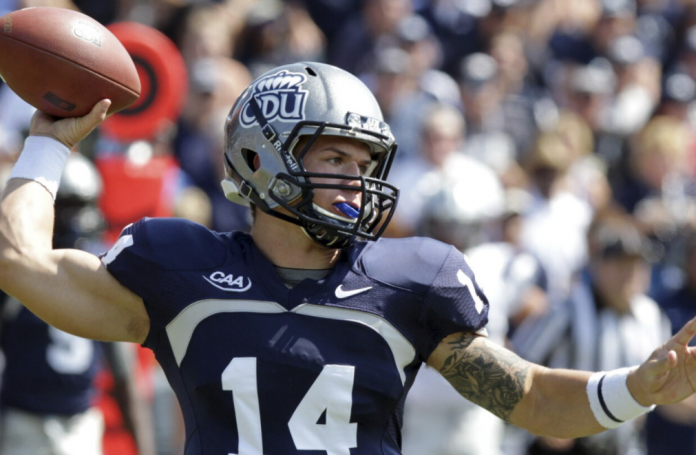 Taylor Heinicke and his entry to the Washington football team brought the possibilities back, which started to sink. After Ryan Fitzpatrick left the team due to his injury, the team’s chances started to go down. But we can say Heinick saved the day as the scorecard showed 30-29 last Thursday night.

After the game, Rivera stated that this is how Taylor Heinicke used to play. With aggression and guts. His performance before this game was going down. But he retaliated and came back to the game given the opportunity.

In his last game before Thursday night, Taylor Heinicke made a wrong decision which made them lose the game. The disappointment was evident in his behavior. According to some, he slammed his helmet, which was a sign of immaturity, but that is what shows the fire in him, and that has always inspired his teammates. But as the chance was given to him, he showed what he was capable of. Before the match, Rivera joked about not screwing up lime last time.

Taylor Heinicke led Washington to victory in his playoff against Buccaneers last year. He showed some intangibles that made Rivera stick to him. According to Rivera, he has a swagger to him, and the teammates feed off it. When he plays, you can see the determination to contribute something extraordinary, and the teammates follow him on the way, which is undoubtedly impressive.

The next challenge that team Washington has to face is the game at Buffalo. Heinicke believes that he has the capability to take the team in the long run. He stated in the interview that he just needs his teammates to keep faith in him, and he can show the way. His confidence shows how much he prepared himself to blow the field off. Thursday was the biggest example of that.

USMNT To Lock Horns With Mexico In The World Cup Qualifiers

Ashley Graham And Justin Ervin Are Now Parents To Twins

Pfizer Boosters Will Now Be Provided To Children