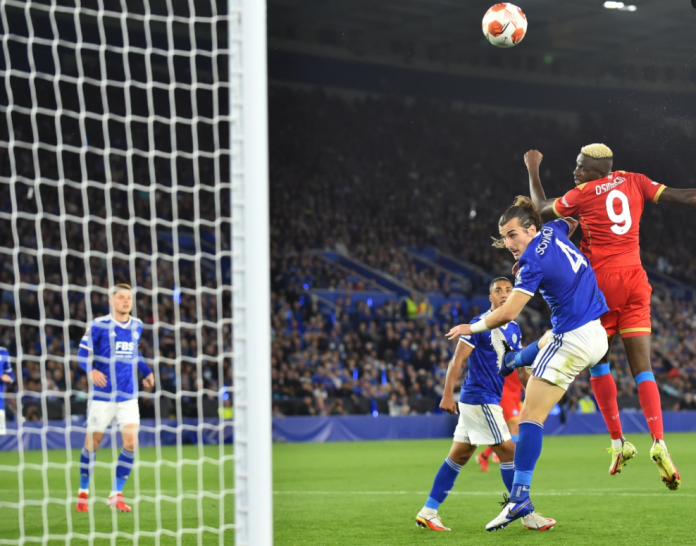 Brendan Rodgers stated that the young Leicester City will learn their lesson after losing a 2-goal cushion against Napoli. This was the first game for Leicester City in the Europa League where they played at home in the King Power Stadium.

How The Game Transpired For Leicester City

Ayoze Perez and Harvey Barnes had scored for Leicester City, which was canceled by Victor Osimhen, who scored 2 in the second half.

The first goal scored by Osimhen was exquisite as he placed the ball past Schmeichel. The second goal came from a header in the 87th minute and had equalized the game for Napoli.

Rodgers stated that giving away 2 goals was not a crime. The crime will be done if this team fails to learn anything from it. He expects this young batch of players to learn from their mistakes and not repeat it in the future.

Ayoze Perez had opened the scoreboard with a sublime volley from a cross, placed in by Barnes. Barnes fired in the second goal for Leicester City. Patson Daka score another one but it was ruled out for offside.

The hosts were set to top Group C but everything changed after Osimhen scored 2 goals and Wilfred Ndidi was sent off for a second yellow card.

The group is left wide open as Leicester City will travel to Italy and also face Legia Warsaw and Spartak Moscow.

The end result was quite disappointing for Brendan Rodgers but there were exciting moments in the game, which he enjoyed. The goals that they scored were really good and the goal that was disallowed was quite tight.

Brendan believes that they will have to improve at keeping the ball for longer durations and avoid being tired.

The mentality and effort shown by the Leicester City players were amazing and it was a shame that they could not end the game with 3 points.

Julie Chrisley’s Hardship Is Yet To Begin