Home Sports The 2022 NFL Trade: Deals Teams Should Make As The Deadline Is... 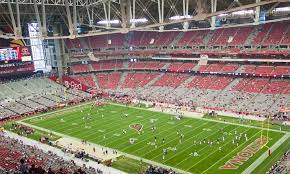 On Tuesday, 1st November, the 2022 NFL trade period will soon be upon us. The 49ers and the Rams apparently competed for Christian McCaffrey until the former team signed the star RB, indicating that some clubs are already firmly in the “buying” camp. Panthers, and some other teams have already announced that they will be selling. All 32 clubs, however, could benefit some minor adjustments.

Here Is What We Think Which Club Should Buy Before The 2022 NFL Trade Deadline Ends:

Being on his last legs, WR A.J. Green, the former Pro Star wouldn’t be worth anything more than a pick in the final rounds as a rental, but despite Marquise Brown out injured, Hopkins has made his return in the starting lineup at wide receiver. Instead of recruiting elderly starters, Cardinals needs to be in the process of getting rid of even more of them in this 2022 NFL Trade Deadline.

Buying Clelin Ferrell can be the most wise decision to make by the Falcons. Due to a lackluster performance in Vegas, the previous first-round pick’s asking price must be cheap, and thus the Falcons, who are deceptively formidable inside the South circle of NFC, still have serious passing game needs. The Clemson product might be able to sign a small deal and stay in Atlanta past 2022 with a shift of scenery.

Baltimore desperately need an LB and Shaq Thompson can be a fine fit. Although the defense seems to have enough young players to merit trading Thompson even before former 1st pick is owed a staggering $24 mn in the next year, which happens to be the final year of his agreement, they should keep their young foundation pieces, such as Brian Burns and D.J. Moore.

Stimulus Check And Tax-Credit For Children Payments: Deadline For These Payments Ending In A...