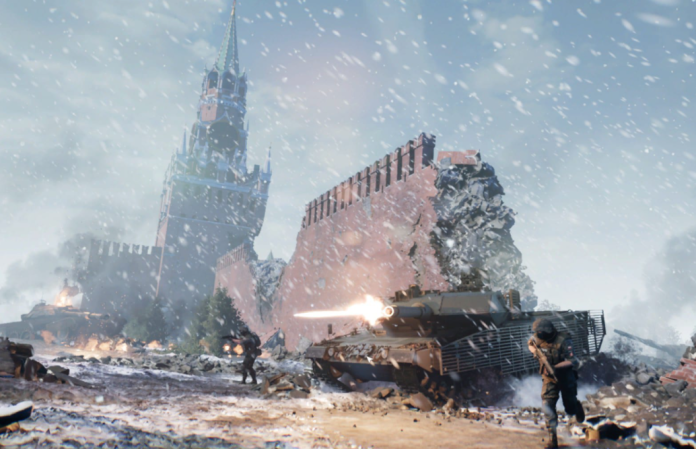 The Russian military army declared war on Ukraine and started launching explosions in all the major cities including Kyiv on Thursday morning.  The reason behind all the tension about WWIII is the decision of Ukraine to come out of the orbit of Moscow which was looked down upon by Russia and even the Health Minister of Ukraine.

In this full-fledged war, more than 40 soldiers died and 169 civilians injured to date and a statement was given by President Putin, warning other countries that if they interfere they would have to face severe consequences. This unfortunate WWIII incident led to numerous sanctions that were generated by Biden and other countries against Russia and Ukraine is trying its best to tackle it by mobilizing 36,000 reservists.

Reason And The Impact Of WWIII On Global Market

The Russian President stated that the military operation is carried on to defend the speakers in Ukraine who are Russians, especially those who are stuck in Luhansk and Donetsk.

Not only has Ukraine stated that they are forcibly trying to enter its territories but also shows interest in joining the North Atlantic Treaty Organization. Putin even demanded Ukraine not to have a Western alliance or be a part of NATO which was rejected by the U.S. As a result of this, he refused to recognize Ukraine as a separate province and stated that modern Ukraine was built by the Russians completely. In contrary to this, Russian media has been seen portraying that the civilians are being tortured by the aggression of Ukraine.

The President of Ukraine mentioned that this treacherous incident is simiar to the actions of Nazi Germans during WW2 and they would die defending and protecting their freedom.

Though the U.S. does not import much Russian oil and they are taking every step to keep the prices low, as per a journal of The Wall Street, there would be a global price hike on energy. The Secretary-General of NATO, Jens Stoltenberg, stated that the alliance would help every member country against Russia to bring this war to an end.

Golden State Warriors News: The Newbies Thrive In 120-107 Win Against The Rockets

With the federal stimulus checks on hold, the state governments have moved in to alleviate part of the pressure felt by citizens due to...