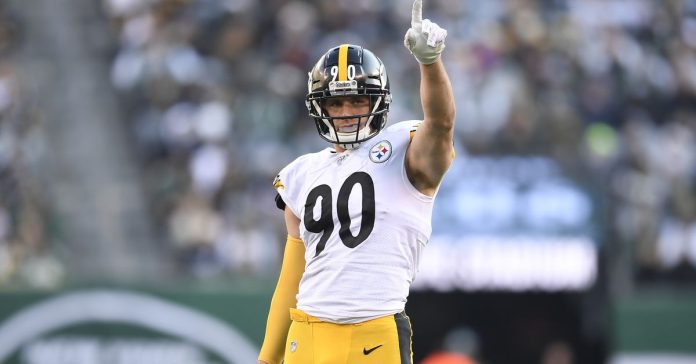 The first NFL Honors award of the night was not unexpected, but it was emotional when it was revealed that Steelers outside LB TJ Watt had received the honor for the first time in his career at the Youtube Theater in Inglewood, California.

TJ Watt did not win the NFL single-season sack record title by himself but did win the NFL’s top defensive performer of the 2021 season.

The Steelers outside linebacker, who was on the verge of winning NFL’s top defensive performer of the season last year, won the honor with a season that included 22.50 sacks, tying Michael Strahan’s NFL record.

TJ Watt Was Awarded By His Brother J.J. Watt

On Thursday, during NFL Honors, the league’s annual awards ceremony, Watt was named NFL’s top defensive performer of the 2021 season.

The athlete was surprised when his brother, current Arizona Cardinals defensive end J.J. Watt, made the announcement, which was joined by the famous singer Katy Perry.

Watt’s brother, J.J., is a three-time NFL’s top defensive performer of the season winner who also served as the award’s presenter. Following the news, he and TJ enjoyed a long hug.

Watt has led the National Football League in sacks for two years in a row. He only had 15 sacks last season and did not win the NFL’s top defensive performer of the 2020 season, but he became the obvious favorite late in the season after passing 20. Watt defeated Cleveland Browns defensive end Myles Garrett and Los Angeles Rams defensive tackle Aaron Donald.

TJ Watt received 42 of the 50 votes, with five for Parsons and three for Donald.