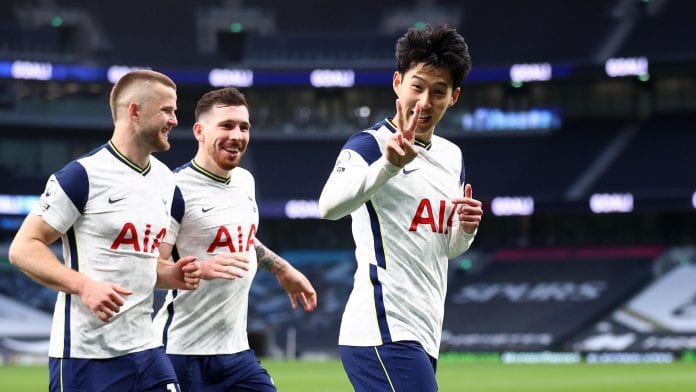 Tottenham Hotspurs have had a tumultuous time recently. It included their announcement for a proposed European Super League and the sacking of their manager, Jose Mourinho. Since then, massive general outrage has doomed the League with all English clubs withdrawing.

Tottenham Hotspurs Can Hope To Recover

On 21st April, Wednesday, Tottenham Hotspurs managed a 2-1 victory over Southampton. The win is finally positive news for the club and its fans. However, it did not come easy. For the first 45 minutes, it seemed like the club’s poor run of form would continue under interim Ryan Mason. Interestingly, Mason is the youngest manager in the League at 29. Regardless, Southampton was deservedly in the lead through a header by Danny Ings.

However, Mason marked his debut by directing Tottenham Hotspurs to a brilliant comeback. It included a beautiful Gareth Bale equalizer. This was Bale’s first starting appearance in a league match since the middle of March. The comeback was complete when Son Heung-Min converted a penalty successfully.

David Coote, the referee, had initially judged the offense as being outside the penalty box, and so gave a free-kick. However, VAR overturned the decision and a penalty was given. With Harry Kane missing due to injury, Son walked up to take the shot.

With the win, Tottenham Hotspurs are now only two points behind Chelsea and fourth place. However, Chelsea has played one less game. Moreover, the victory will be a huge boost for the team as they enter the EFL Cup final on Sunday featuring Manchester City.

Bale praised Mason’s team talk during half-time which addressed the need to have more patience with the ball and a few other potential issues. It led to a spectacular turnaround.

For Southampton, it was another unfortunate day on the field when their football failed to deliver on the promise it showed.

SpiderMan: A Known Face In VenomVerse?

Hunter Biden On Losing His Laptop