Before Trump tweeted, Chuck Schumer, Minority Leader of the Senate stated that the two Congress chambers should vote o the $900 billion relief package on Sunday with lawmakers nearing the deal. This package should include stimulus checks of $600 for the Americans which is the same as the $1200 checks which were given out this year in the 1st round of direct payments. The aides of the White House dismissed the idea of Trump regarding giving out direct payments of $2000 for Americans due to the fear that it could destroy negotiations between Republicans and Democrats.

Trump demanded the payments contain at least $1200 or something larger than $2000.In an interview with Fox News, the president made it clear that he wants stimulus checks containing more cash than what the negotiations are saying. Both the parties’ lawmakers have demanded larger payments. Josh Hawley, Republican Senator, and Bernie Sanders, Independent Senator is pushing for $1200 checks. A group of progressive Democrats,17 representatives have called on the congressional leaders for including $2000 stimulus checks in the upcoming relief package.

On Friday, Ayanna Pressley criticized and called the $600 checks “survival checks”.In her interview with MSNBC, she commented that $600 is not even enough for paying a single month’s rent. The latest COVID-19 package will include the $600 checks plus unemployment benefits worth $300, vaccine distribution funds, and aids for small businesses.

Chris Christie describes being attacked about his weight

Britney Spears To Make Her Move Against Conservatorship 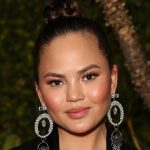 Chrissy Teigen is a well-known model in America. She was born on the 30th of November 1985. She was always very much keen on...