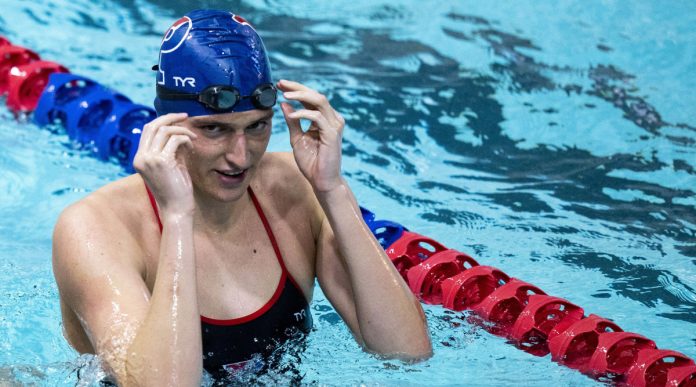 The controversial career of a transgender American swimmer hung in the balance on Wednesday as USA Swimming issued new restrictions, including testosterone limitations, that might affect her eligibility to compete.

Lia Thomas has dominated collegiate women’s swimming in the United States as a student-athlete at the University of Pennsylvania, where she raced on the men’s team just a few years earlier.

Now, despite outrage from some who believe Thomas has an unfair edge, USA Swimming has released guidelines that do not mention Thomas by name but will influence her future in the sport — though how that will be determined is unknown. According to critics, the new guideline from the United States’ governing organization for competitive swimming may have the exact opposite effect.

USA Swimming said that it has developed a new set of criteria for transgender athletes competing in top competition, based on science and medical data, to level the playing field for elite cisgender women and reduce the advantages associated with male puberty and physiology.

It stated that a three-member panel made up of medical specialists and a former athlete will be formed to execute the new policy and make decisions in individual circumstances.

However, other groups, such as the Women’s Sports Policy Working Group, believe that these guidelines are insufficient, particularly for athletes transitioning after puberty.

The new USA Swimming regulation appears to be targeting Thomas, according to Athlete Ally. It is an activist organization that combats homophobia and transphobia in sport.

Thomas said she started hormone replacement medication — a mix of estrogen and testosterone suppressants — in May 2019.

She set the top times of the year at the collegiate level in the 200m and 500m freestyle at a competition in Ohio in early December.

Her performances have reignited a long-running controversy over whether it is fair for a transgender woman to compete against biological females.

Penn’s swimming and diving teams released a statement in support of their transgender comrade.

You Need to Know this stock? Nikola Corporation (NKLA)

Nikola Corporation (NKLA) acknowledged active focus on shares in the last trading session.The stock disclosed a change of -9.88% and its listed...

Jaguar Health, (JAGX) observed an average volume with 2741.26K shares and exchanged 11139707 shares on hands in most recent trading session....

Imperial Petroleum (IMPP) disclosed a change of -4.89% and its listed share value at $0.37 in the recent trade transaction. This...

You Need to See this stock? Coinbase Global, (COIN)

Coinbase Global, (COIN) exchanged 11417502 shares on hands in most recent trading session and observed an average volume with 17515.42K shares....