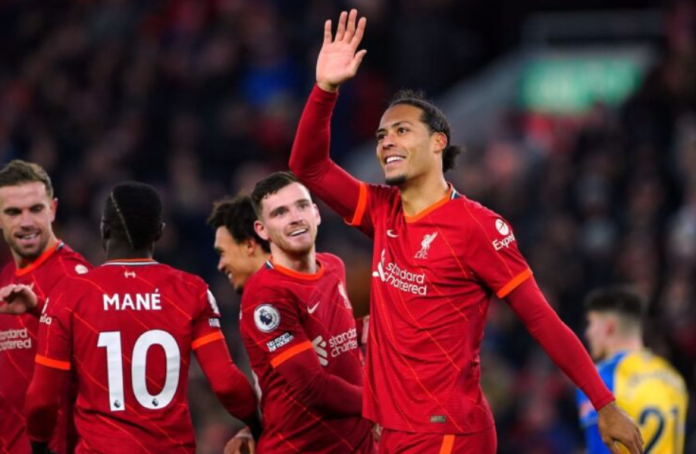 Milner appeared to scream “you go f***ing out to him” at centre-back VVD following a goal that BOTH players might feel embarrassed about.

And the pair also seemed to have a shouting match at each other when Liverpool chased the game after the break.

Mo Salah headed Liverpool back into it on 81 minutes but the Red Devils held off the visitors’ late surge.

And Milner was furious after what could have been the key moment.

Sancho neatly switched feet, sent Milner to the ground when he dummied to shoot and then stroked the ball into the corner.

Van Dijk had decided to hold his position on the edge of the six-yard box rather than rush to close the space that had opened up for Sancho.

In fact, VVD put his hands behind his back to avoid any chance of handball.

But Milner apparently felt the Dutchman should have tried to narrow the angle for England winger Sancho, even if he couldn’t get close enough for a challenge.

And social media also condemned VVD’s defending – although some fans claimed Milner was also at fault for the way Sancho wrong-footed him.

Another posted: “Tbh the defending from Van Dijk is very poor, he should be throwing himself to block that ball.”

More supporters backed this, one saying: “He is a weak link at the moment as I have said before.”

But the verdict on Milner was sometimes brutal too.

An angry fan posted: “If anything Milner should be getting yelled at. He has been shocking. Him and Henderson playing at the same time is the biggest gift United could have asked for.”