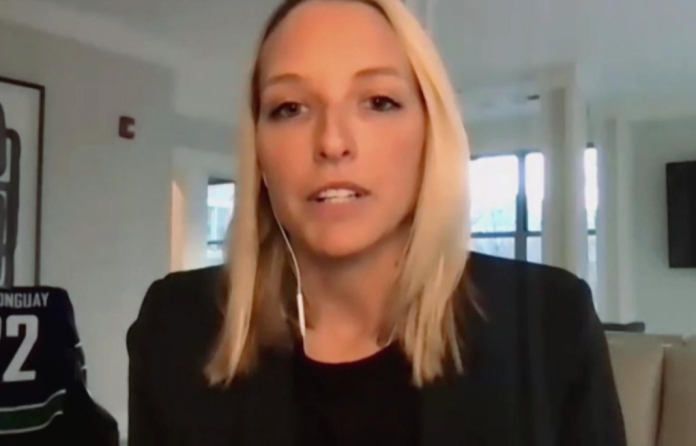 Vancouver Canucks’ president of hockey operations, Jim Rutherford had assured fans that he would go for an expanded hiring net. He delivered on his promise by bringing in Emilie Castonguay for the role of AGM of the club.

Emilie Castonguay comes in with a vision sheet that plots her plans for a job destination and career destination. She becomes the 1st female to become an AGM in the history of the team. She picks up the operations department of the hockey team after Chris Gear and John Weisbrod were fired a month ago.

Emilie Castonguay said that it was a historic day and shows that women can succeed in sports, even hockey. She was speaking from Montreal through a Zoom call. She said that she would come in as the AGM and then chart her course. She said that she always had great aspirations for life and her career. And this was a great way to move ahead.

Castonguay said that she relied on her own vision board and at one place had marked Vancouver with an age marked beside it. She says that somehow she has made it with 6 weeks to go. She was elated that it has turned out just right.

Emilie said that choosing the Canucks was not a difficult decision. She said that was a great young team with a hunger to win. She was elated to be included in their journey.

Emilie brings a lot to the table and shouldn’t be intimidated by the position and the scrutiny it brings. She is a 5-tool player. She has been there as a player, an agent, and has degrees in law and finance. She was even invited to the Bar in Quebec as a gifted advocate.

For Emilie, in the final analysis, it is all about preparation, teaming up with opportunities. And her gender had never been a factor in all her decisions.

Cyber Monday: A Challenge For Local Business VS Big Stores