Greg Abbott, the governor of the state of Texas belonging to the Republican Party, approved new legislation with regard to voting restrictions. Accordingly, the newly approved law, both drive-thru, as well as 24-hour voting is banned in the state. New hurls have also been introduced when it comes to the mail-in ballots. And the poll watchers, who are partisan, have been empowered.

With the newly approved voting restrictions by governor Greg Abbot, Texas becomes a new member of the states where voting rights have been reduced. The other two states who existed previously are Georgia and the state of Florida. It is to be noted that all of these states are controlled by the Republican Party. And also that the leaders of all of these states are the ones who are actually spreading the unscientific theories of the Presidential election in which Donald Trump, the former President of the country belonging to the Republican Party, lost to the current President, Joe Biden.

The voting restrictions in the state of Texas are introduced as the politicians belonging to the Republican Party are trying their best to stay in power. And this takes place as the political terrain of the state is going through a change. A large part of the state’s population is taken over by non-white people. These people reside in huge cities of the state and are politically tilted towards the Democratic Party.

The Democratic politicians had fled in order to avoid the voting restrictions bill and they were successful in preventing its passage the first time. This incident had taken place in the month of May. The ones who are opposing the bill state that it restricts the voting rights of people who are disabled or who come from marginalized societies. 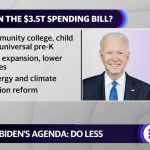 President Biden’s economic agenda could be shrinking fast, and that may be a good...

Gary Neville outlined what difficulties Manchester United have struggled with in recent weeks after their loss to Leicester.

Ted Lieu is a well-known politician in America. Lieu is a representative of the 33rd Congressional district of California. He has been vested with...