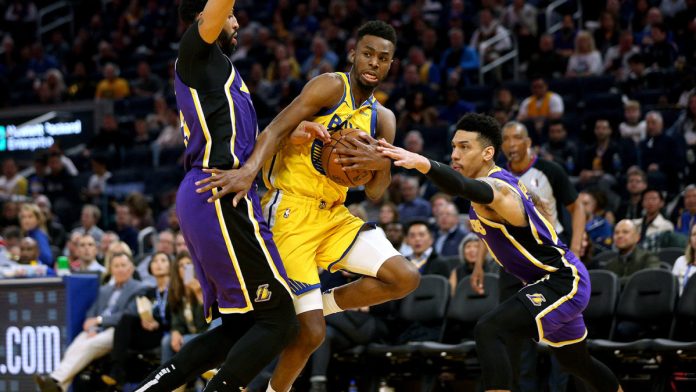 The Golden State Warriors believe that Andrew Wiggins is the perfect player for them. In Feb 2020, the Warriors had received Wiggins from the Timberwolves. Over time, Wiggins has proved his worth and now is a critical player in championships.

Warriors and Wiggins Fit Together Perfectly

Andrew was not going to be the role player. He was the No 1 choice in 2014. He was to play the role of a cornerstone, an MVP, a superstar. However, the Warriors did not need a role player. They required the player that Wiggins is.

Andrew Wiggins’ father, Mitchell, was an NBA player. He played for 8 years with the Philadelphia 76ers, Chicago Bulls, and Houston Rockets (1984-1992). Marita P Wiggins was an Olympic athlete. She won medals in 4x100m and 4x400m relays in the Olympics of 1984.

In 2009, Andrew Wiggins featured in a Youtube video dedicated to the best thirteen-year-old. He was fourteen when it was uploaded and stood at 6’3″. The video is still available and has almost 5M views.

The Golden State Warriors had lost Klay Thompson, Kevin Durant, Shaun Livingston, and Andre Iguodala. They made up their defensive core. Their motivation to trade Wiggins was that he was 6’8″ and could guard the other player. They hoped that Wiggins defending the opponent’s top scorer would reduce the burden on the Warriors.

Bob Myers, GM for the Warriors, explained that NBA players want to have fun while working. They need the connection with teammates to feel comfortable and release their potential. They wanted to put Wiggins around teammates that could bolster him. Wiggins could be pushed in ways that he needed by the Warriors’ supporting cast.

Wiggins, in an interview, spoke about his time in the Minnesota Timberwolves. He felt like no one cared when he scored in Minnesota. However, he is giving his best defense and still scoring almost 20 points. He felt seen. The management believes that Wiggins fit with them because he did not want to carry the team. He desired to be a part of the team.

Everything you need to know about Bitcoin Wallets

VOLATILITY ANALYSIS: Volatility remained at 6.61% over last week and shows 5.91% volatility in last month. Market risk that established with...

VOLATILITY ANALYSIS: Volatility remained at 4.47% over last week and shows 4.09% volatility in last month. Market risk that established with...