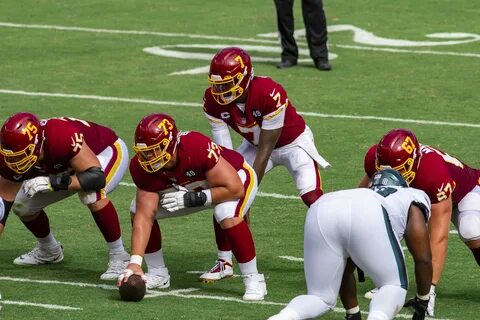 The WFT will reveal their new name before Super Bowl begins. It has been almost 19 months since they dropped their old name. Jason Wright, team president, informed that it is not the one that the fans loved.

On Tuesday, the Washington Football Team announced that they will reveal the new name 11 days prior to Super Bowl. In September, the team’s CEO Snyder made an appearance in a podcast with Adam Schefter from ESPN.

The names had been announced earlier but team personnel informed that it was not official. During the podcast, Adam asked Tanya if they were the final candidates. She confirmed it.

However, on Tuesday, Jason Wright wrote on the official Washington Football Team site that Wolves could not be chosen. He explained that even though fans loved it, they couldn’t use it because other teams held the trademarks.

In the President’s Brief, Wright wrote that the team did not want to navigate through a path filled with legal hindrances. It could take years before the fans could start embracing the new brand. They did not want to put the fans through it.

For the last two seasons, the team has used Football Team. In July 2020, they announced that they would change the name that they used since their founding in 1932. They joined Washington 5 years after. The Washington Football Team fought against the public demand to change their name. It took multiple protests, and discussions in 2020 to push the team into rebranding. Pressure from the sponsors helped to hasten the process.

In August 2020, Jason Wright was chosen to quicken the name selection. The Washington Football Team will keep their color scheme of gold and burgundy.

Dawn FM Review: Weeknd Looks Back To The 80s And Adds Contemporary Sensitivities