Home Entertainment Is There A Possibility Of Liv Tyler’s Return In 911: Lone Star...

Liv Tyler had announced in September 2020 that she will not be coming back for 911 Lone Star: Season 2. But fans did not lose hope. But it seems like there is no more possibility of Liv’s return now.

The show, 911: Lone Star Season 2 is up and running. You can catch the streaming of the show on Fox or on Hulu. But the show goes on without the compelling presence of Liv Tyler as Michelle Blake. The show considered Tyler to be one of its biggest actors who helped promote the show to a great extent. But the officials regretfully announce that Liv Tyler will not be moving forward in this journey.

Lone Star Writers Have Not Written Off Liv Tyler’s Character

In the previous season of Lone Star, Liv’s character, Michelle Blake, spent most of her time searching for her sister in the streets. Even though Tyler announced that she will not be continuing shooting for Lone Star Season 2, they did not write the character off. Does this mean that there is still some remnant possibility that Michelle can be back in the show?

The character of Blake, during the beginning of the second season was shown to leave the team to dedicate all her time to help people with mental health issues as well as homeless people. The plot was written this way after the announcement from Liv Tyler surfaced.

The actor has been signing multiple projects during this time. However, a source mentions that it became difficult for her to travel from London to Los Angeles regularly for shooting purposes in the midst of a global pandemic.

Tim Minear, the co-creator of the Lone Star show mentions in a statement that their team is grateful for the presence of Liv Tyler in the first season and that she is welcome to return any time she wishes to.

COST Will Post An EPS Of $2.20 For The Third Quarter

The era of natural gas being more competitive than coal may be ‘coming to...

Hugh Grant Expresses His Love And Gratefulness Towards Drew Barrymore

SoFi Technologies, (SOFI) acknowledged active focus on shares in the last trading session.The stock disclosed a change of 26.19% and its...

You Need to Know this stock? Endo International plc (ENDP) 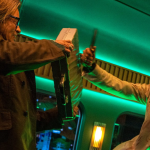 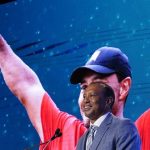