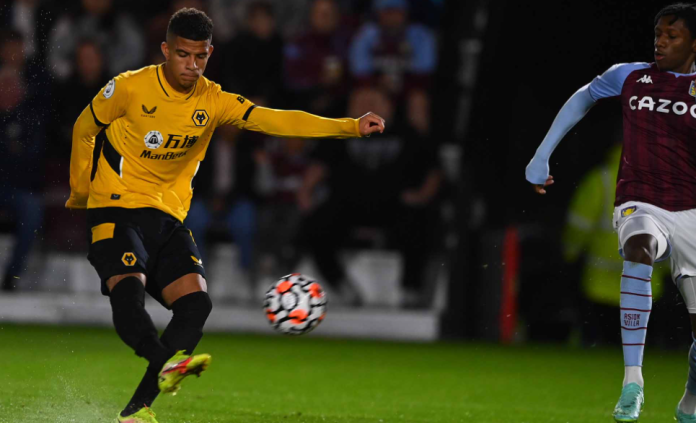 Hwang Hee-Chan scored twice with the help of Raul Jimenez to lead Wolves against an under-pressure Steve Bruce’s Newcastle United.

Bruce was managing his 1,000th game but has several problems off the field now.

Newcastle United had a share of the goal-scoring action as they scored a “controversial” goal 5 mins before the HT.

Joelinton and Sa battled for a loose ball after which the Wolves goalkeeper stayed down while clutching his arm.

Referee Graham Scott saw nothing wrong in the challenge, after which Jeff Hendrick slotted the ball into the net. Sa got up and tried to block the shot, but could not get the desired result.

Wolverhampton Wanderers should have led the game by 2 goals but Trincao chose to smash the ball into the net instead of playing it to Hwang. He hit the underside of the post and the ball bounced back again.

Newcastle could have taken the lead after the break but Sa kept the ball out from the goal line from Allan Saint-Maximin.

Jimenez got the better of his markers and found Hwang who placed the ball into the far corner, just as he did with his opening goal.

The on-loan RB Leipzig forward now has three goals for Wolves since signing in August and this display suggests that he will be a key man for Lage. The visitors called for the head of Steve in the second half as he was dealt a blow when Joe Willock limped off with an injury.