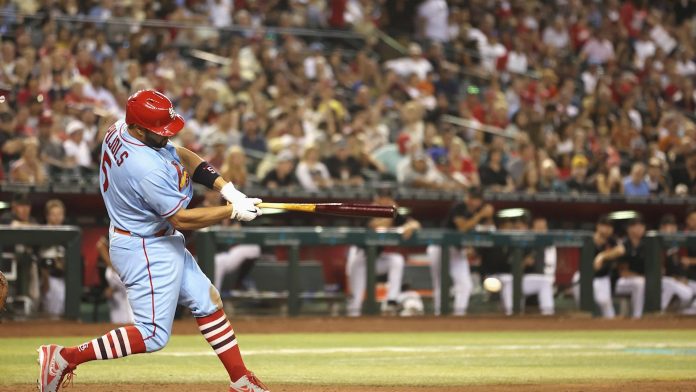 He has made up his mind about retirement and doesn’t care if he was at the door of the glorious 700-home run. But the cardinals manager is quite confident about Pujols and the fact that he will reach a 700-home run. Only three men could beat 700. The first one-Barry Bonds (762), Hank Aaron(755), and last not least Babe Ruth with 714. Right now Pujols has 692, he is very close to hitting 700.

Unfortunately, Albert Pujols didn’t have a single home run in June. However, he is the proud owner of 13 homers for the year. Pujols is supposedly the only player who has four hits and two homers at the age of only 42. He is also the one who has 4-for-4 for two homers and 16-7 laughter in the cardinal’s two singles. Whilst other baseball player is being affected by the dog days of summer, there is Albert Pujols’ .438, and in the second half, a .918. Barry Bond who hit the highest slugging percentage in 2001 with .908 with 73 homers, looks to be a record that Pujols is beating as well.

One of the cardinals members Nolan Arenado exclaimed the happiness and satisfaction of having him on the team when Albert Pujols first joined the team they were confident that he will help them win, but now they are not sure what would they do without him. After the final game of the cardinals, Pujols’s statement dropped the other team members’ hearts.

According to Pujols, he has had an amazingly fulfilling career for a decade and it doesn’t matter to him now if he hit 700 or not. Fans’ hearts sank with this comment.