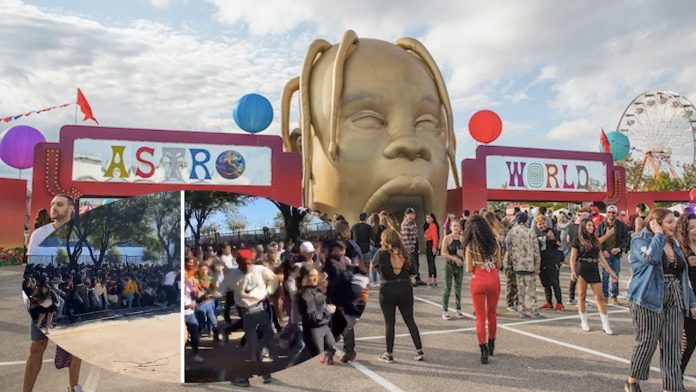 The Houston Police Department urged spectators to post their Astroworld Fest images and video to a new dedicated website developed by the FBI on Friday,  2 months after the Astroworld Fest crowd-control debacle cost the lives of ten people.

Astroworld Fest Was One Of The Worst Concert Accidents

The FBI has set up a website to collect information on the tragic Astroworld Fest, according to the Houston Police Department.

When asked if the two-month delay meant that important photographs and video had already been erased and would be lost forever, lawyer Alex Hilliard responded no.

Concertgoers are asked to submit a maximum of four files and give their name and contact information on the new FBI website.

The crowd can share photographs and videos from the NRG Park event on Nov. 5. Police stated in a statement that they’re asking for footage from the Astroworld Fest central venue spot between 8 p.m. and 11 p.m., which may be sent to fbi.gov/astroworld.

According to the Houston Chronicle, ten concertgoers died, while hundreds more were injured. Reporters from the Houston Chronicle examined the event, which was one of the bloodiest in American history, and discovered that there were lapses in ensuring the safety of people who attended.

On the first night of Travis Scott’s Astroworld Fest at NRG Park in Houston, the horrifying Astroworld mob surge murdered eight people. Two additional people died as a result of their injuries, including nine-year-old Ezra Blount.

Scott and Live Nation have both denied any misconduct. Scott, whose official name is Jacques Webster, stated in a video statement on Instagram that he didn’t realize the gravity of the situation. Kylie Jenner, the mother of his daughter Stormi, also issued a statement, expressing her and Scott’s heartbreak and despair.

New Yorkers To Get Stimulus Checks In June: Who Qualified?

Stimulus Checks Approved For 20 US States