Home Entertainment Astroworld Festival: Victims Were Injected With Drugs As Confirmed By The Police 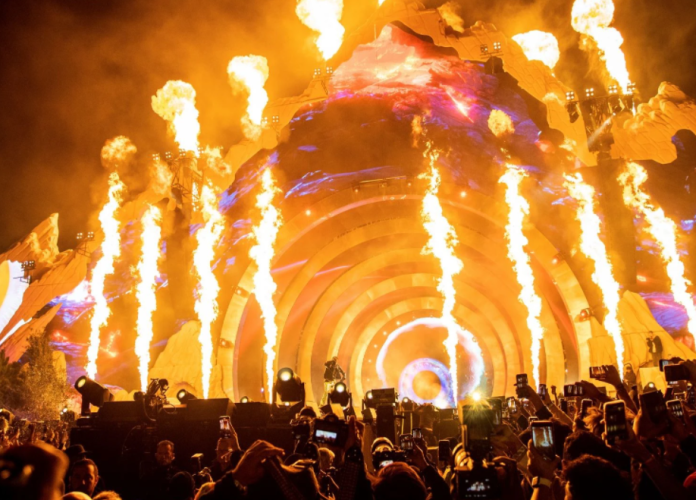 Travis Scott’s Astroworld Festival saw a security guard and others being jabbed with syringes. At least 8 people were killed were others were injured while the rapper was on the stage and performing on Friday.

Houston Mayor Sylvester Turner stated the ages of the victims while confirming the fact that the age of one victim, at the Astroworld Festival, was unknown. The other victims were 14, 16, 21, 21, 23, 23, and 27.

Turner has confirmed that 25 others were hospitalized which included several attendees under the age of 18.

Troy Finner, who is the Chief of Houston Police, stated that his department had 528 officers in the Astroworld Festival with 755 other security officers provided by Live Nation, the event promoter.

He added that there were a lot of narratives that were floating around regarding the incidents that happened at the event but encouraged those who kept up with the case to follow the evidence and facts.

He did say, however, that authorities have obtained a statement from a security guard suggesting the guard felt a prick in his neck and medical staff concurred that a marking on his skin aligned with such an event.

He also stated that there were some individuals who were trampled and that they wanted to be respectful towards that incident. All he needs is some time to follow a proper investigation. Live Nation had been extremely cooperative and was providing videos from the event to the respective authorities.

Twenty-five arrests were made Friday, authorities said. Twenty-three were for trespassing, one was for public intoxication and one was for possession of marijuana.

A PRESIDENTIAL ELECTION IN THE TIME OF CORONAVIRUS