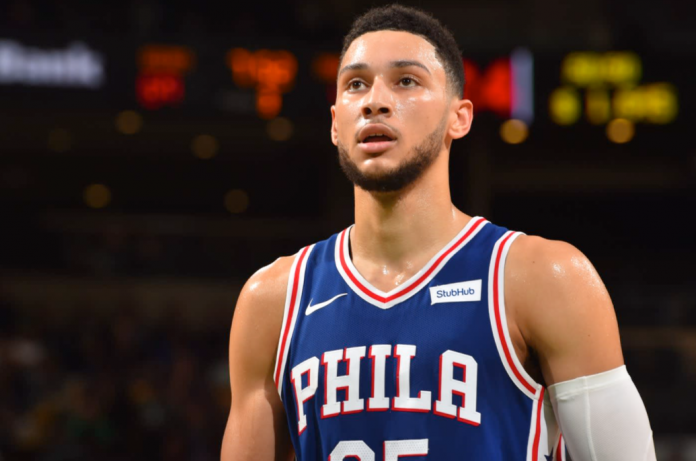 The relationship between Ben Simmons and the 76ers has rapidly deteriorated and both sides have reached an impasse.

Ben Simmons had told the Sixers that he is uninterested to remain in the team and will not travel to camp for training.

The future of Ben Simmons became doubtful after the Philadelphia 76ers lost to the Hawks in the 2021 NBA playoffs. Ben’s woes were seen by everyone during his jump shots and free throws and the Sixers had to exit even though they were the No.1 seen in the East. He has been seen to avert shots outside 10ft even though he is an exceptional point-forward with great athleticism. He has only scored 5 from behind the arc in 4 seasons.

Ben Simmons And Joel Embiid Have Always Been The Headlines

Ben Simmons and Joel Embiid were always talked about in the media and people questioned their compatibility. Simmons is great at defending and can swiftly burst into the attack and these skills do not complement Joel at all. The half-circle gets too crowded when Ben drives to the basket which forces Joel Embiid to move away from the paint, as he operates on the low block. It limits his value to create proper offensive spaces.

Minnesota Timberwolves were interested to pick up Ben Simmon but it would require them to maneuver their salary cap and the Wolves might part with Anthony Edwards, who came off a brilliant rookie season.

The trio of Ben Simmons, Karl-Anthony Towns, and D’Angelo Russell would make a fantastic team even though it is not guaranteed that it will carry Minnesota to the playoffs in the deep West.

Alex Murdaugh Has Been Hit With 21 New Charges, $6M Connected In Swindles

Kenny Rogers is mourned by close friends and fellow musicians