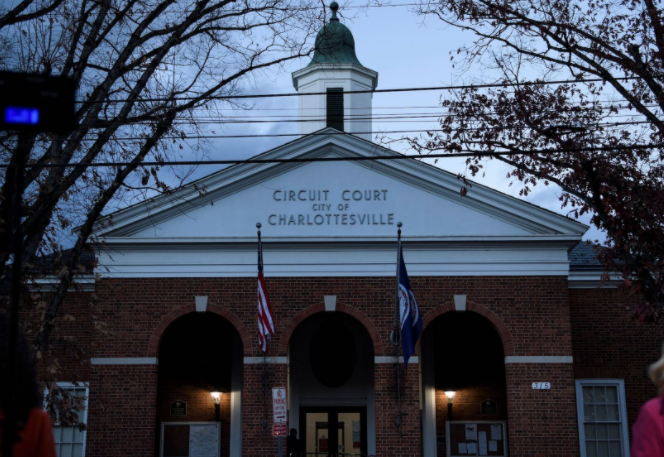 Jury deliberations are still underway in the case involving neo-Nazi leaders and white nationalists who planned the Charlottesville White supremacist rally in Virginia. The rally left one killed and injured scores of people. the jury in the Charlottesville trial against the organizers finishes deliberating through the day without heading towards a verdict.

The jury in the civil case was sent home by Judge Moon who told them to start the proceedings at 9 Monday morning. The rally held on August 11 & 12, 2017 was in protest against the planned removal of Confederate General Robert E. Lee’s statue.

Violence escalated and reached a flashpoint as James Fields, part of the mob protesting the removal of the statue drove through dozens of counterprotesters. Heather Heyer, 32, was killed and dozens were injured.

Rally goers filed a lawsuit in which 14 members of the mob and 10 leaders of supremacist organizations and White nationalists were sued in a lawsuit. The plaintiffs argued that they were inflicted with life-changing injuries.

The Charlottesville trial plaintiffs include counter-protesters and town residents who were injured or suffered losses in the clashes organized by the white supremacist and neo-Nazi groups.

The plaintiffs are seeking compensation plus statutory damages caused by the emotional and physical injuries suffered at the rally. They have also alleged that the organizers of the rally had conspired and planned violence to flare up a religious and race war.

The closing arguments in the Charlottesville trial concluded on Thursday. The legal fight will now be decided by the jury who began deliberating starting Friday morning.

Judge Norman Moon said that the normal timings were between 8 a.m. and 5 p.m. He said that he would go beyond that if jurors unanimously agreed to it.

The jury in the Charlottesville trial will decide in every instance whether the defendant is deserving of the claimed damages.

Donald Trump Unsure Of His Response To Jan 6 Trials

Do You Know The Science Behind The Popularity Of Hemp Buds?