Home Sports Georgia Football Team Manage To Outscore Missouri 26-22 In The Nick Of... 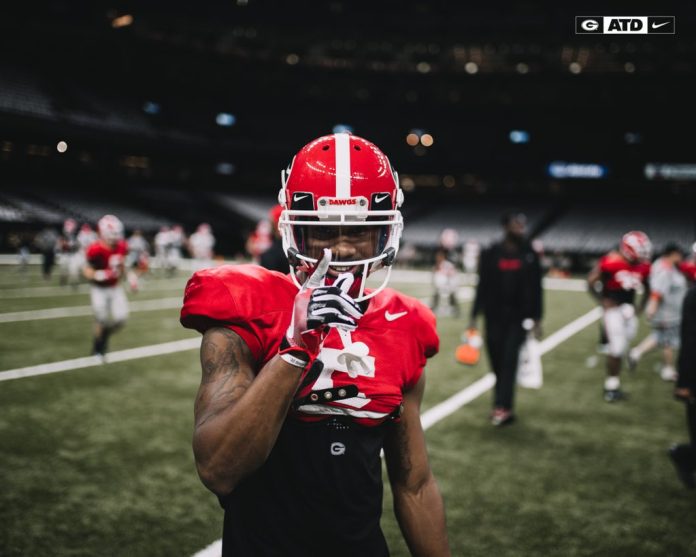 Georgia Football, though being the top team, nearly lost to Missouri. At the last moment, they managed a 26-22 win over their opponents.

The Number 1 Dawgs: The Georgia Football Team Retain Their Position

The Dawgs though started slow but more than made up for it in the last 10 minutes. They managed to come up tops with only 4 minutes to spare. Stetson Bennet IV the quarterback and Jack Podlesny of Georgia Football played a vital role in scoring goals. Missouri’s Mevis and Podlesny both defenses took four goals each in the second and third quarters.

After The Rose Bowl in 2018, Georgia Football was able to get back to a double-figure score with the help of Kendall, Dajun, and Kenny. Missouri on the other hand for the first time lost in single digit.

In the following week, Georgia Football Team was its same slouching self at the outset of the game. Bennett was sacked by Jeffcoat of Missouri on third and fourteen.

Kendall increased the thirty-five-yard rushing from thirty-three, but the first half was still flat. The Missouri Tigers were still not able to take advantage of this opportunity. In the second half, a false start penalty by the Tigers was their undoing.

Georgia’s Jalen Carter is the top defensive lineman. He had to exit in the first half due to a bad knee injury. He ranks 6th in the CBS Sports Rankings. In spite of the defense of The Tigers in the red zone being very strong they not able to encash it. Harrison Mevis of Missouri infused new life with his 56-yarder but Georgia Football managed to come up trumps.

The final score stands at 26-22. The Georgia Team won over The Missouri Team.

Finally, Georgia Football holds the top position in the United States of America.

Allen West The Chairman Of The Texas GOP Announces Resignation

Stimulus Check 2022 Update: All You Need To Know