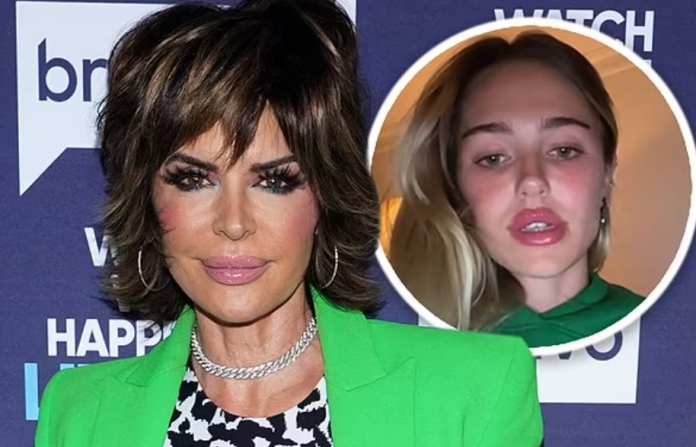 Lisa Rinna has thanked the ‘angels’ who have stood by her after her elder daughter accidentally overdosed. The star of Real Housewives… thanked fans who boosted her spirits following Delilah Belle Hamlin’s health scare that she detailed on Instagram.

Delilah had revealed on social media about her battle with depression and how it had finally led to her overdosing on a prescription drug, Xanax.

Lisa Rinna has thanked her fans for reaching out, sharing stories, and praying for her daughter, and sending in their love. She expressed her gratefulness to all the ‘angels’ who helped her with their guidance.

Delilah wrote in her Instagram post that several of her health problems started after her vaccination for COVID-19. Though the vaccine is considered safe by the FDA and the CDCP, the two leading drug regulatory and public health agencies in the US, there have been rare instances of adverse reactions to the vaccine, such as fatigue, headaches, fever, chills, and nausea.

Lisa Rinna’s 30-year-old stressed that she was never against vaccines, but said that the vaccines caused autoimmune problems in her. She said that she did not comprehend that the COVID-19 vaccine would lead to such adverse reactions, and she did not have any idea that she was afflicted with such problems.

Delilah also suffers from PANDAS, a neuropsychiatric disorder that is linked to Streptococcal infection. She was seeing a psychiatrist for help with her panic issues and she ended up being overprescribed with Xanax, double the normal dose. She ended up in hospital.

Lisa Rinna’s daughter was also diagnosed with encephalitis that affects the brain. This restricted her from flying or taking alcohol. She ended up in a treatment facility in Arizona, but she suffered seizures and had to leave the facility.