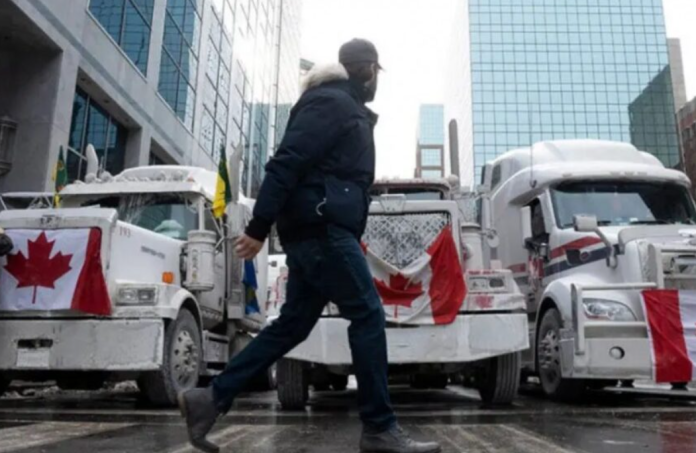 The Mayor of Ottawa, Jim Watson has declared an emergency as hundreds of trucks and other vehicles remain in the capital city, even as the Freedom Convoy protested vaccine mandates. A spokesperson said that the declaration was a reflection of the threat to safety and the danger to the security of citizens that the protestors posed.

The administration of Jim Watson believes that the declaration of a state of emergency will enable greater flexibility and ease to manage continuity in business and essential services. It is also believed to offer greater flexibility in the procurement process. This will help in the purchase of equipment that could be required by first responders and frontline workers.

The declaration by Jim Watson came without hours of the police in Ottawa threatening arrest for bringing in gasoline and other forms of material supplies to the striking truckers.

The announcement by the police said that people trying to bring in support such as gas to the illegal demonstrators would be arrested. The statement further stated that enforcement of the declaration was already underway. The tweet was marked as important.

Demonstrators speaking to Fox said that were amazed at the outpouring of support they have received from fellow citizens. Many have given fuel, vital to power the trucks, and continue with the protests.

Asked for clarification about their description of material support, and if it included water and food, the police in Ottawa clarified that the tweets indicated hazardous material that posed a fire hazard and threatened public safety. Justice Center representative at the truckers Freedom Convoy,

Nicholas Wansbutter has condemned the action taken by the Jim Watson administration, saying that the activities of the police were potentially illegal.

He said that people who carry, water, food, fuel, and other provisions to peaceful demonstrators cannot be deemed illegal. Wansbutter said that there can be no law that prohibits the free exchange of gifts and goods. The police in Ottawa under the administration of Jim Watson had no right to detain people or prevent them from bringing food and fuel to fellow Canadian citizens.

Donald Trump Jr Is Given A Highly Responsible Role