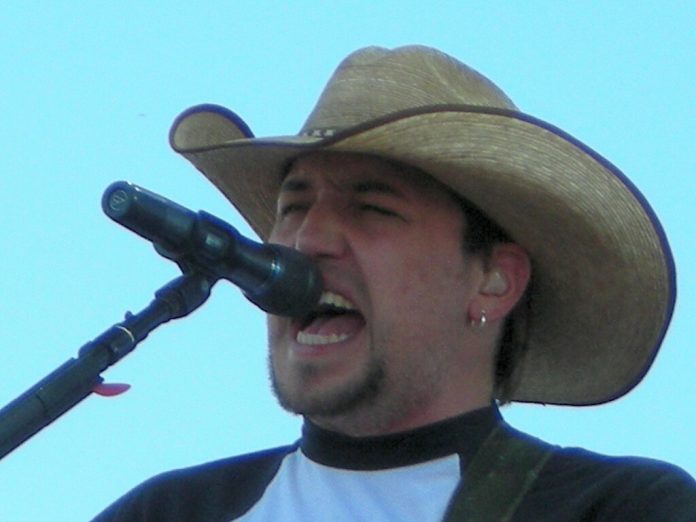 Jason Aldean surprised fans at the Nashville concert, where he invited Morgan Wallen to perform with. Jason Aldean kept on mentioning names whom he thought inviting on stage, one name after another, and the crowd he went crazy with each time. Then he took the name of Maren Morris and the whole ambiance changed like it was a curse because the audience booed so hard.

Jason Aldean’s recent show was at Bridgestone Arena, on 14th October. and Morgan Wallen was the surprise guest at the concert, they played ‘whiskey glasses” and Jason’s “ you make it easy. And the crowd went crazy. Not only Jason Aldean’s wife Brittany Aldean but also Morgan Wallen has a feud with Maren Morris. Brittany Aldean’s social feud is recent and the conflict with Morgan was back in February 2021.

According to Maren Morris, Morgan’s conflict with her was because he was hammered and said racist things which were offensive to Maren. However, Jason’s wife Brittany didn’t even bother to apologize. Morgan later apologized to Morris for such a racist comment.

Nevertheless, Brittany Aldean made comments that were not only offensive but also transphobic toward Maren Morris not only some fans made that pretty clear. The LGBTQ community was harmed by that comment and Brittany didn’t even bother to apologize to Maren. Where Maren supposedly started the negative attitude towards society thanking her parents for not changing her gender and letting her enjoy the tomboy phase as now she is enjoying her ‘girly life’. Interviews after interviews and the feud don’t seem to stop, a never-ending loop. Jason Aldean’s fans were supportive of Brittany from the beginning.

The Creator Cannot Create More, Says The Inside Job Creator

‘Cherry on top of this hypocrisy sundae’: Berman reacts to McCarthy’s move