Josh Allen has been signed by the Buffalo Bills. He seems to have been enjoying the time of his life. He got the news of his contract extension in the middle of the night. At about roughly 3:45 am, he was awakened by a call from the agent. Much to his delight, Josh Allen was informed that his contract has been extended. This extended contract also ranked Allen among the top earners in NFL.

Allen was signed to a 6 year extended contract by the Bills. The representatives of Allen had been working hard since 10 in the night. After a fair deal of negotiations, the deal was almost confirmed. That is when they decided to break the news to Allen.

Allen seemed very much happy after hearing the news. He immediately rang up his girlfriend to give her the news. He also conveyed the message to his parents. Despite having a practice session at 10 in the morning, he took time to speak with his loved ones. Allen stated that the excitement made it difficult for him to sleep.

Josh Allen vowed to keep his focus intact. He promised to keep up with the good work. He said he was being paid handsomely because the team wanted him to carry on. Allen also expressed a desire of leading the team to a championship run soon.

Matrix 4 All Set To Release!

3 CNN workers were fired for not being vaccinated 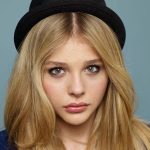 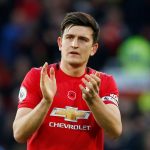