Justin Trudeau has managed to cling onto power and his Liberal Party will form the next government as Canadian election results showed a fractured mandate. It was a tightly fought election against Erin O’Toole from the conservative party.

But Justin Trudeau’s plans of a majority in the general elections were thwarted as he fell 13 short of the 170 seats halfway mark. Elections Canada declared the results at 2 am ET. It announced that the Liberals had won 157 of the seats against the 122 won by the Conservatives. Close to 95% of the polls across Canada reported.

The New Democratic Party, with left leanings, and the Bloc Quebecois a separatist party based in Quebec, won the remaining seats.

Justin Trudeau thanked supporters early Tuesday and told them that they had given him a strong mandate that will enable him to get through the pandemic and move onto better days ahead. He said that Canadians in their millions had opted for a progressive strategy.

Justin Trudeau mentioned that some had talked about a division, but that was not what he saw from the election results and the weeks leading up to it.

Justin Trudeau had opted for an early election in the middle of August. The minority government led by him was only 2 years in power. He had bet that his deft management of the COVID-19 pandemic would give him a majority this time.

But the Conservative Party led by O’Toole reversed the pre-poll predictions and pushed their way into reckoning in the last few days of the election.

O’Toole appears to have hit home with his allegations that Justin Trudeau was more absorbed in his standing than in leading the nation. He termed the snap polls a ‘quick power grab,’

Major issues were climate change, the pandemic, affordable housing, and gun control. But Canadians appear to have been not taken to the need for an early election during a pandemic year.

Justin Trudeau said that he will continue to focus on Canadians and not let the anti-vaccination lobby, the anti-choice crowds, and the gun lobby, sway him from his objective.

O’Toole had earlier attacked him as someone privileged and entitled who was also more focused on himself than the electorate. He had attacked what he called Justin Trudeau’s ‘self-interest.’

Tragic Shooting Of Selena Quintanilla Not Shown On The Netflix Drama

Remark Holdings, (MARK) acknowledged active focus on shares in the last trading session.The stock disclosed a change of 138.44% and its...

You Need to Know this stock? Progenity, (PROG) 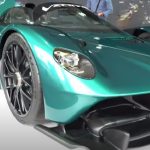 How to Save For Your Next Car

Guys, this is NOT a drill. It’s currently being reported that Harry Styles has officially joined the MCU and we have zero chill about...