With 16 homers in just 18 games, Kyle Schwarber has tied an MLB record and helped put Washington back in the race for the NL East title.

After the latest long ball this Tuesday, Kyle Schwarber said that he would not participate in the Derby if it was offered to him by Major League Baseball. The former Chicago Cub star had participated 3 years ago in the Derby at Nationals Park. The competition had tired him out then. He said that it was out of his bucket list.

Kyle Schwarber had put on an exemplary show in 2018 at the Derby. With a total of 55, he had hit more home runs than anybody else. He had then beaten both Rhys Hoskins and Alex Bregman before coming face to face with Harper in the last round. Schwarber hit 18 homers and Harper needed bonus time to best that.

Kyle Schwarber remains tied with Fernando Tatis Jr. for a lead in the NL. The pair are only behind Vladimir Guerrero Jr. (26) and Shohei Ohtani (28).

With his 12 home runs in 10 games, Kyle Schwarber has equaled the mark set by Albert Belle of the Indians. He also managed to tie Barry Bonds of the Giants (2001) and Sammy Sosa of the Cubs (1998) getting 16 home runs over 18 games.

He also beat his own Nationals’ record for the most home runs in a month.

Manager Martinez was all praise for his consistency and said that he was amazed. He pointed out that Schwarber was not playing a waiting game, but attacking the strike zone. He said that he had yet to come across anything like his game in his long association with baseball.

Schwarber remains focused on the season in hand and said that he has not been invited to the Home Run Derby at the All-Star event in Denver. With the 3 homers, Kyle Schwarber and his team

Where is the best place to retire for golfers?

Retirees are always looking for the best place to retire. The recent trend has been towards warmer climates, coastal towns and cities, and those...

One of this year’s speeches at the United Nations General Assembly was one of the most spectacular ones so far. BTS, the K-pop band,...

Alan Braid, a doctor in San Antonio, had defied the new Texas abortion law and performed the procedure. Through this act, he had dared... 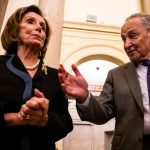 Debt Limit To Be Pursued By Democrats Despite GOP Opposition

On Monday. Nancy Pelosi and Chuck Schumer announced that they were planning to get the national debt limit suspended by linking a government short-term... 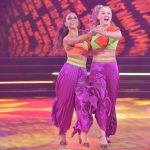 On Monday, the 30th season of Dancing With the Stars began. It also had a historic pairing of JoJo Siwa and Jenna Johnson. They...