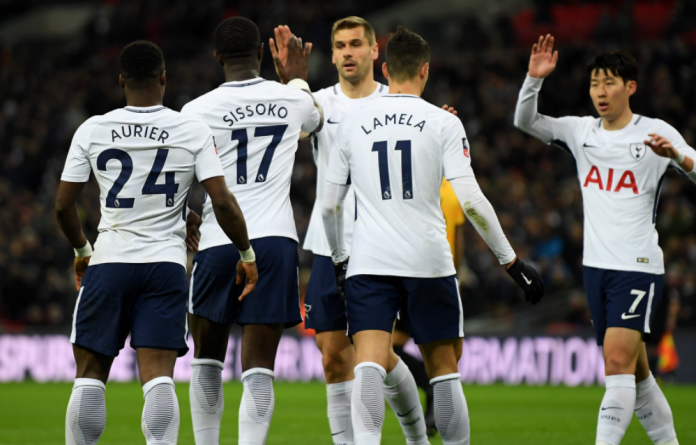 Tottenham Hotspurs came from behind and drew their first game in the Europa Conference League. The game ended 2-2 at Rennes but it was quite costly for the London team as they suffered injury problems.

Tottenham Will See A Long List Of Injured Players

Spurs scored first, thanks to an own goal from Lioc Bade. The French team countered that mistake and scored 2 through Gaetan Laborde and Flavien Tait. Hojbjerg earned a goal and leveled the score for Tottenham.

The talking point in the game was seeing Steven Bergwijn and Lucas Moura walk off with a limp. Tottenham will play their next game against Chelsea in the Premier League and it seems that their attacking numbers are quite short.

Son Heung-min is healing quickly and wants to be fit before the game. He was out because of a calf injury. Giovani Lo Celso is ruled out as he can not come back from his quarantine camp until Saturday.

All these injuries might call up Tanguy Ndombele who wanted to leave in the summer transfer window.

Ndombele showed his skills to the manager as he created the opener for Tottenham and capped an impressive opening.

He was just yards away from Nuno and played an off-balance back-heel to start a counter-attack. Skipp passed the ball to Kane, who played it off to Lucas. Lucas attempted to cross the ball in, but it was deflected into the net by Bade.

The injury list for the team is quite long after Lucas and Bergwijn limped off the pitch and it is a major headache for Nuno and the Tottenham fans as they face the European Champions next.

Allison Mack Going To Be Sentenced Over NXIVM Case