Liverpool has been performing significantly well this year. Not only this season, but the team has also been phenomenal for the last few years. LFC was always a strong contender for the EPL title. However, their players lacked the required determination to go for the kill. Time and again, the squad showed promise.

Unfortunately, they could not persist consistently. The emergence of Jurgen Klopp has made things turn around in a great fashion. He has instilled a sense of self-confidence among the players. Each of the players is now well aware of their duties. This has led to the team’s transformation recently.

LFC has had several memorable wins lately. They won the premier league a couple of seasons back. Jurgen Klopp’s boys are determined to replicate their heroics this season. LFC was sitting pretty at the second spot so far. They were only one point behind leaders Manchester City.

Unfortunately, Liverpool did not have the best of the games recently. They faced off against Tottenham Hotspur. LFC started as firm favorites to win the match. However, things didn’t go as planned. Tottenham came out with great determination to spoil the party of LFC. Let us learn more about the match in detail below.

Liverpool has been in a state of bother for the last few days. They have been plagued by the ongoing surge of coronavirus. A number of their key players have been forced to miss out on matches. Virgil Van Dijk, Curtis Jones, Fabinho, and Thiago Alcântara missed against Tottenham. This left a glaring hole in the LFC defense.

Liverpool could not match the pace of Tottenham’s forward line. Harry Kane and Son scored for Tottenham. Diego Jota and Robertson save Liverpool from the blushes. 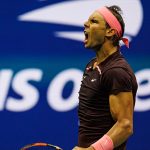