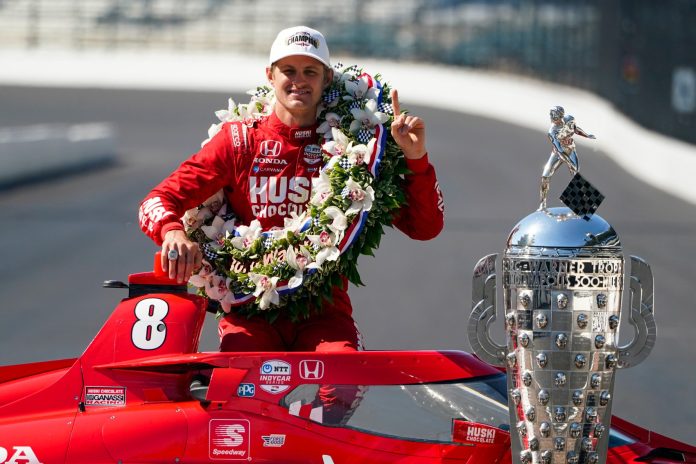 Marcus Ericsson is one of the biggest names in the racing circuit. Marcus has been an absolute legend of the game. He has previously appeared in a lot of tournaments and has won a lot of them. His latest addition to his already ornamented trophy cabinet is the Indianapolis 500. He termed his win the ultimate spectacle in racing. It was one of the toughest races for the athlete.

Everything was going in favor of Jimmy Johnson till the race reached the last six laps. Jimmy crashed horribly to provide Marcus with the opportunity. Ericsson suffered quite a few red flags during his racing duration. He led the race against the likes of Tony Kanaan and Pato O’Ward by a margin of over a couple of seconds. Tony was the previous winner of the tournament in the year 2013.

Marcus Ericsson held his nerves in pressure situations and rose to the occasion. The driver sped up significantly to reach the finish line first in the last couple of laps. Ericsson won the race when the car of Sage Karam crashed on the backstretch. The initial rounds were not at all rosy for Marcus. He started the race in the fifth position behind a number of racers. Let us learn more about the story in detail below.

Marcus Ericsson is currently in seventh heaven. He came from behind to win the race from the fifth position. His initial start was not at all impressive. Marcus performed moderately and was behind prominent racers like Ed Carpenter, Rinus VeeKay, Alex Palou, and Scott Dixon.

Marcus Ericsson expressed his joy at the victory. He stated that the win meant a great deal to him. He also stated that maintaining focus on the race was something that was difficult to do.

What If…? : Brie Larson Replaced By MCU, New Actress Speaks Out