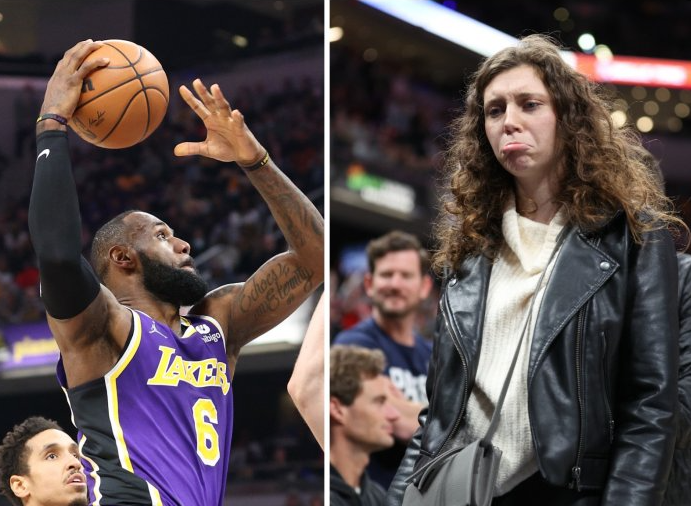 Two fans sitting on the front row seats were ejected after LeBron James called referee Rodney Mott’s attention to the sideline and pointed at two fans. LeBron was back on court after his first NBA career suspension following an altercation with Piston’s Isiah Stewart. His return game, too, had its share of drama when he had the two fans evicted.

LeBron scored his season-high 39 points in the Lakers vs Indiana as his team registered a 124-116 overtime win. After the game vs the Pacers, LeBron opened up about the incident but did not go into details. He spoke about obscene language and gestures coming his way, and it was something that he could not tolerate. He said that there was a difference between cheering your team and things that shouldn’t be said to one another.

Incident Occurred With Just 2:29 Remaining In Lakers Vs Pacers Game

There were just 2:29 minutes left during the extra period in the NBA game against Indiana when LeBron drew referee Rodney Mott’s attention and gestured to a couple sitting in the front row. Two arena officials immediately approached the couple and escorted them out of the floor.

The woman mockingly wiped away tears as she was led away. Their identity remains unknown. The Pacers released a statement that said that officials decided to remove the two as they had violated the code of conduct for fans. They said that security assisted in having them removed from the Lakers vs Pacers game without further incident.

Some people took to social media in support of the Pacers fans and called LeBron, LeSnitch.

Erich Marques Jr. who was present at the game said that the fans might have said something on touched the players. He added that part of the fun of going to a live match is that you get to heckle the players, but that is limited to the game. The fans haven’t taken kindly to LeBron celebrating after the shot that ended the game. James grabbed himself running down the court.

SNAP Stock To Be Sold By The General Counsel

Ikea Released Its Famous Swedish Meatball And Gravy Recipe So You Can Make It...