Home Top Stories Pete Ricketts Has Decided To Call A Special Session If Roe Is... 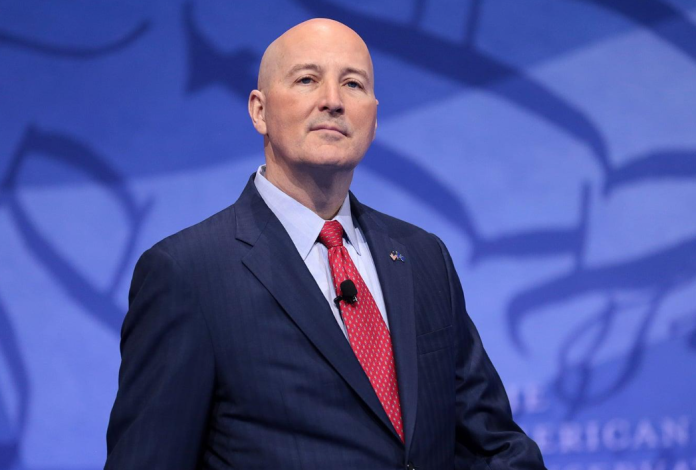 The Republican Governor of Nebraska, Pete Ricketts, stated on Sunday that he would calling a special session for his state legislature- in order to pass a total ban on abortion. This would be the case if the Supreme Court decided to overturn Roe v. Wade this term. In his interview with CNN’s Dana Bash, Ricketts mentioned that Nebraska was a pro-life state.

He believed life began at conception- and those were babies too. When he was asked if he thought the state should ask a young girl to carry her baby after she was raped, the Governor clarified that after the ‘horrible’ Roe v. Wade was overturned, they would be looking at further steps to protect preborn babies. Bash went on to ask if the rules would be same in the event of incest or rape, to which the Governor replied that it applied to both.

Pete Ricketts also has a backup in place if Roe fails. He stated that he would be working with the speaker of their legislature to work on a special session and do more in order to protect more preborn babies. But until then they would have to wait and see what the decision from the Supreme Court was going to be before they could take any further steps. Nonetheless, this was the plan that he was going to follow.

The comments from Pete Ricketts do come as the conservative majority of the Supreme Court does seem to be on the verge of overturning Roe v. Wade, the landmark case in 1973 that legalized abortion throughout the country. Earlier this month, a draft opinion was leaked- authored by conservative Justice Samuel Alto- which indicated that the court was pretty poised to reverse Roe in a case that would concern an abortion law in Mississippi.

Close to a dozen states already have trigger laws in place, which implies that abortion will almost immediately be banned if Roe is overturned. In fact, Pete Ricketts’ Nebraska almost passed one such law previously.