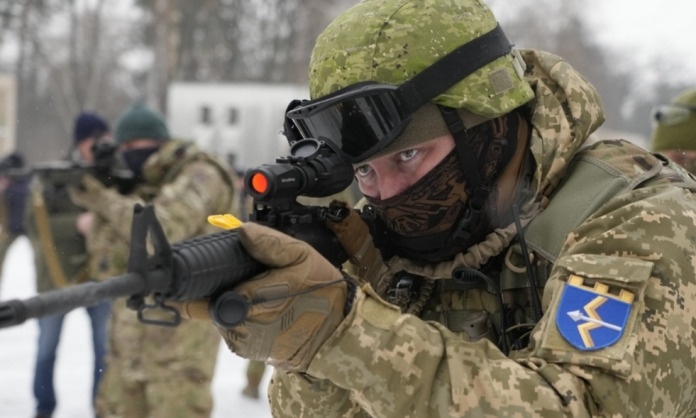 Russia has currently assembled 70% of its military firepower as it intends to have in place by mid-month to give President Putin the option of launching a full-scale invasion of Ukraine, US. officials have reported.

The officials have discussed assessments about the buildup on condition they not be identified, sketched out a series of indicators suggesting Putin intends an invasion in coming weeks, although the size and scale are unclear. They stressed that a diplomatic solution appears to remain possible.

Among those military indicators: an exercise of Russia’s strategic nuclear forces that usually is held each fall was rescheduled for mid-February to March. That coincides with what US officials see as the most likely window for invasion. The officials made no suggestion that a prospective conflict would involve the use of nuclear weapons, but the exercise, likely involving the test-launching of unarmed long-range missiles on Russian territory, could be used as a message aimed at deterring the West from intervening in Ukraine.

US officials have said in recent weeks that a Russian invasion could overwhelm Ukraine’s military relatively quickly, although Moscow might find it difficult to sustain occupation and cope with a potential insurgency.

The ongoing buildup comes as the Biden administration has been disclosing intelligence in hopes of preemptively countering Russian disinformation and blocking Putin’s plans for creating a pretext for an invasion. But it has come under criticism for not providing evidence to back up many of its claims.

Linda Thomas-Greenfield Gave A New Direction To The Capitol Riot