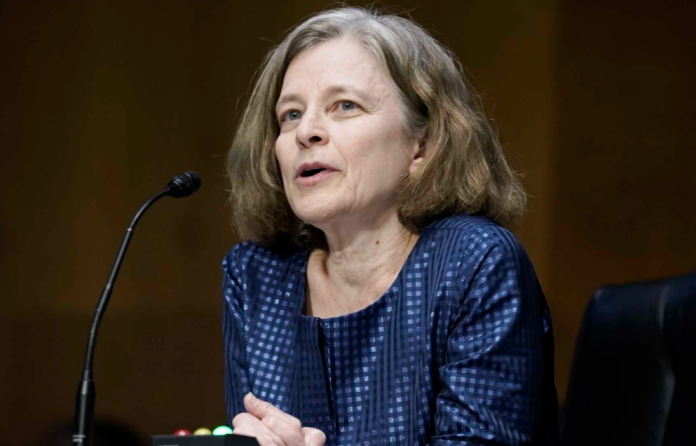 The opposition from a key Democrat proved to be the proverbial last straw from Sarah Bloom Raskin. Raskin withdrew his nomination to the Fed’s Board of Governors after Democratic Senator Joe Manchin, with backing from the coal lobby, announced his opposition to her confirmation.

Earlier the Republicans have specified that they would oppose her proposal for the job as the top regulator. Republicans feared that Sarah Bloom Raskin would utilize the regulatory authority of the Federal Reserve to stop banks from giving loans to fossil fuel companies.

Many leading bankers and Democrats argued that Sarah Bloom Raskin’s views were not out of mainstream ones. They contend that she merely wants the Feds to consider the perils that are posed by climate change to financial institutions.

Sarah Bloom Raskin was nominated by the President in January. She said that her unmatched experience in multiple areas of climate change, consumer protection, and cyber security made her an immediate asset and a strong contender for the top job.

The President regretted that Sarah Bloom Raskin was subjected to needless attacks for her views on climate from the Republicans and the oil and coal industry.

Jen Psaki, the Press Secretary at the White House reiterated that Sarah Bloom Raskin continued to enjoy President Biden’s complete support. His nomination remained in the Senate Banking Committee as Republicans unanimously declined to vote to thwart her approval on a vote along party-line.

In her withdrawal letter from nomination, Raskin wrote that she considered that the danger posed by climate change should be included in the list of severe risks as considered by the Federal Reserve even as it moves forward to guarantee the resilience and stability of the financial systems and economy of the nation.

Ohio Democrat, Senator Sherrod Brown said that America would be denied the services of an experienced and thoughtful public servant ready to combat inflation, face off with Wall Street and other corporate vested interests, and protect the economy from climate change and foreign cyber-attacks.

Chris Brown Under Investigation Following Accusations Of Striking A Lady!

The Rockets Were Beaten By Mavericks, 116-106, Kidd Makes His Home Debut