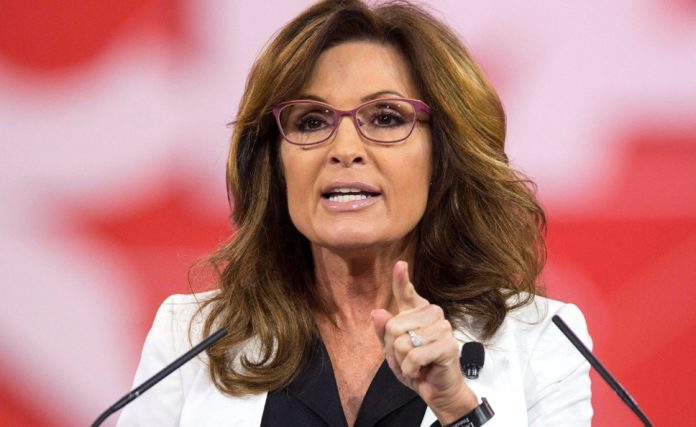 It has been exactly a decade since Sarah Palin was attacked by the American media for her dumb quotes and gaffes. This week could be her chance to hit back. She will be taking on a giant as her libel suit against The New York Times comes up in court over a libel suit filed by her.

The case arose from an editorial in 2017 that had connected her political activism to the fatal shooting in 2011of 6 people in Tuscon, Arizona, and the serious injury suffered by then-Democratic Representative from Arizona, Gabrielle Giffords.

The New York Times had immediately retracted the allegation against Sarah Palin as no connection could be established that convincingly linked her map with crosshairs drawn on it to the fatal shootout.

But within a couple of weeks following the editorial, Sarah Palin filed a libel suit and accused the paper of defamatory statements.

After several years of proceedings and delays caused by the pandemic, the trial is slated to go ahead with the selection of the Jury.

But the trial has been postponed after the unvaccinated Sarah Palin contracted the COVID-19 virus. The former governor of Alaska was still keen to appear and wants to testify live. The judge in the case, Jed S. Rakoff said that he would await the second result of a test before deciding the length he would postpone the case.

Sarah Palin: Media Advocates Say That The Case Is Indication Of Less Tolerance Of Press Freedom

Leading legal experts say that the trial is an indication that over 5 decades of defense to the press is finally giving way to more challenging times for individual journalists and the media.

Two Supreme Court members have even suggested that a 1964 landmark decision to rein in suits brought by officials, the New York Times v. Sullivan,  be reconsidered.

The call by the conservative appointed judges has been matched with public proclamations by Donald Trump to throw open libel laws and make it easy to go after the media.

Some commentators believe that the onrush of social media-linked news, most of which are false, has been instrumental in a change in the landscape and has influenced legal and public opinion.

The trial will stand as a test if news outlets will in the future report on public figures without the fear that mistakes could result in libel judgment.

Pressure Builds Up Against Lauren Boebert: Could Be Thrown Out Of Committees

Georgia Voting Laws, Is There A Positive Side To It?